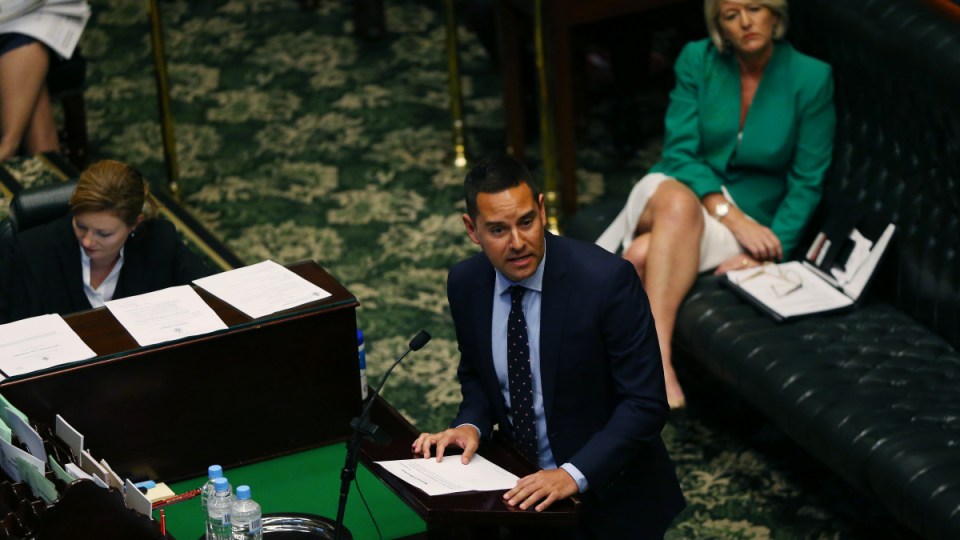 Nine years after watching her mum die a prolonged, painful and traumatic death, Shayne Higson watched as legislation that would have eased her suffering was tabled in NSW Parliament.

Independent MP Alex Greenwich on Thursday introduced a long-awaited bill that would legalise voluntary assisted dying for people with terminal illnesses who will die within six months.

Introducing the bill he asked his parliamentary colleagues to give the dying “the choice, comfort, dignity and respect that they deserve”.

The bill has 28 co-sponsors from across the political spectrum – including government MPs – and Mr Greenwich hopes it could be law by Christmas.

The reform would make NSW the last state in Australia to embrace voluntary assisted dying.

Outside parliament, Mr Greenwich – who in 2019 also introduced the bill that decriminalised abortion – said he was moved to do so after hearing heartbreaking stories from the community.

“A modern health system must be able to do better than to only offer the options of a cruel, painful and prolonged death … and a violent and lonely suicide,” he said.

Ms Higson, Vice President of Dying with Dignity, said the laws would afford people across NSW in her mum’s situation the option of dying peacefully, and surrounded by family and friends.

“My mum suffered terribly at the end stage of an aggressive brain cancer. She pleaded with me to end her life but there was nothing that I could do,” she said.

“To die peacefully – that’s all she wanted, and that’s all thousands of people across NSW want for their loved ones, and for themselves.”

A similar bill was narrowly voted down in the upper house nearly four years ago, but advocates are optimistic this time will be different.

“My story is not unique,” Ms Higson said.

“Since the last bill failed by just one vote… over 17,000 people have emailed their local MP to ask them to support this legislation and so many of them have traumatic experiences even worse than mine.”

Both Labor and the coalition have indicated they will allow a conscience vote on the issue, with Mr Greenwich also urging his colleagues to listen to the community.

“Poll after poll shows some 80 per cent of people across NSW support voluntary assisted dying legislation,” he said.

However, both Premier Dominic Perrottet and Opposition Leader Chris Minns have made it clear they won’t support the bill.

“I think in many ways that it’s a poor indictment of society that many people feel they have to end their lives in this way,” Mr Perrottet said on Wednesday.

He has asked Treasury to look at “opportunities to invest more in palliative care”.

“It’s incredibly important as people come to the end of their lives they are given the care and support they deserve,” he said.

While supportive of more funding for palliative care, Mr Greenwich said it wouldn’t help the people the bill was designed for.

“The reality is this reform is for the people for whom even the best palliative care will not be able to help reduce intolerable suffering,” he said.

‘Should have been a penalty’: Boy crash-tackled by PM gives his verdict
NSW cases fall as Premier unveils boost for restaurants, cafes
Today's Stories