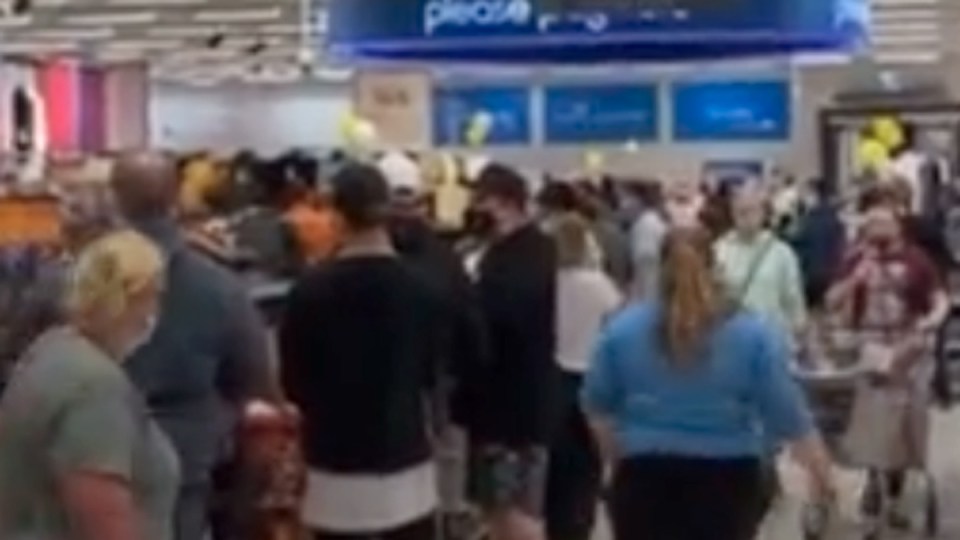 NSW has confirmed another 496 local virus cases and eight more deaths, as millions of people enjoy their first day out of lockdown.

Monday’s case numbers were up slightly on the 477 reported on Sunday.

The toll from the state Delta outbreak has risen to 439 with the latest deaths.

They were six men and two women, aged from their 40s to their 90s, all from Sydney.

Premier Dominic Perrottet called for patience as the state emerged from lockdown amid concerns customer-facing staff could be at risk of abuse from rebuffed unvaccinated people.

“NSW is leading the nation out of this pandemic. There will be challenges. We need to keep people safe,” he said.

“There’s rules in place and there’s still restrictions in place. They’re not there for the sake of it, they’re there because we obviously want to make sure that we look after people’s health care, particularly at a time as we’ll no doubt see case numbers increase, we’ll see hospitalisations increase.”

Mr Perrotet said it was a great day for the sate.

It’s been a difficult 100 days but the efforts that people have made right across the state, to go out, to get vaccinated, has enabled this great day,” he said.

“This is the day so many have been looking forward to, the day when things we take for granted we celebrate,” he said as he left The Lodge in Canberra after two weeks in quarantine since he returned from the US.

“I want to thank Australians for the incredible job that they’ve done in getting vaccinated.

“To all those particularly in Sydney and across NSW who are opening up today, enjoy the moment, enjoy it with your family and friends.”

After NSW surpassed a 70 per cent double-dose vaccination milestone, gyms, cafes, restaurants, shops and hairdressers can reopen and people are allowed to travel more than five kilometres from home.

There were wild scenes in some shops and bars as Sydneysiders rushed to enjoy freedoms denied for months.

But as the lockdown ends a “lockout” of the unvaccinated comes into place, with only the double jabbed able to enjoy the reopening.

Business owners and hospitality staff are nervous the risk of virus transmission is still high, alongside the risk of abuse from customers.

Mr Perrottet denied business owners had been left out on a limb when it came to dealing with people angry at being denied entry and in-venue service.

Clear guidelines had been issued in terms of training staff and signage, Mr Perrottet said.

The state’s Service NSW app-based vaccination passport is also yet to be rolled out, but residents can use the Medicare app to show proof of vaccination.

Sydney bartender Lucy is one of those anxious about being on the frontline when people flood the pubs.

The 34-year-old’s workplace won’t hire a security guard – after going months without income. Staff will be responsible for checking patrons’ vaccination status.

“A lot of people are angry about having to get vaccinated and I worry they will try to make a point at the door,” Lucy, who did not want her surname published, said.

While she’s keen to return to work, Lucy also feels exposed as the Delta variant continues to circulate throughout greater Sydney.

“I worry a lot of the pubs will be environments where the virus can spread pretty easily,” she said.

The United Workers Union, which represents essential frontline and public-facing workers, is concerned staff could face unsafe situations and has called for clearer, binding rules for bosses to protect staff.

From Monday, indoor and outdoor gatherings will also be permitted, with caps increased to 10 and 30 people respectively.

People who are not double-dose vaccinated effectively remain locked down until December.

Mr Perrottet also indicated he’s keen for international travel to resume as quickly as possible – with seven days of home quarantine for the fully jabbed – and potentially as soon as early November.

NSW on Saturday reached 90.3 per cent first-dose vaccination coverage for the eligible population, while 73.5 per cent are fully jabbed.

“It’s been 100 days of blood, sweat and no beers but we’re back in action,” Mr Perrottet said on Sunday.

More than 400,000 COVID-19 vaccines were administered nationally over the weekend – the single largest weekend since the vaccine rollout began in February.

But Mr Morrison said vaccinations rates must be pushed higher, including in states that have no COVID cases.

“We need those vaccines to make sure that when COVID certainly comes, that in those states you will be able to continue on as you have,” he said.