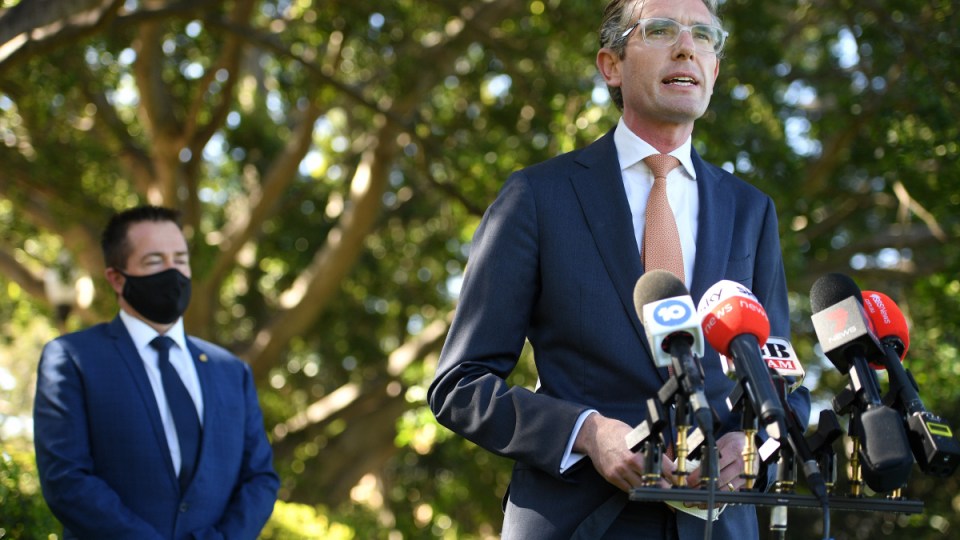 NSW Premier Dominic Perrottet has revealed massive changes to the state’s path out of lockdown as as it looks towards major renewed freedoms from Monday.

In a major shake-up, caps on guests at weddings and funerals will lift, some large events will be allowed bigger crowds and masks will soon be ditched as workers return to offices.

It came as NSW reached the crucial target of 70 per cent of its eligible residents fully vaccinated against COVID – triggering Monday’s extensive reopening. But Mr Perrottet has gone further.

“We have always said that vaccination is the key to our freedom and the sacrifices and the effort of people right across NSW have ensured that we can open up as quickly and safely as possible,” he said on Thursday.

“We know that this is not just a health crisis, it’s an economic crisis,
too.

“It’s going to be a difficult road ahead. We know that, but come
Monday, NSW gets back on track as we start to open up.”

Among changes to the NSW roadmap announced on Thursday:

All the new rules will apply to the fully vaccinated until December 1, when freedoms will return for the unvaccinated.

Mr Perrottet described the changes, which were thrashed out at a meeting of the state’s crisis cabinet late on Wednesday, as “stable and steady”. He said they had been endorsed by the crisis cabinet, including chief health officer Kerry Chant.

“It’s a great day for our state and I want to thank every single person right across NSW,” he said.

“This is not over, but to get to 70 per cent is incredibly successful for everybody right across NSW. We’re going to get to 80 per cent very, very shortly as well.”

NSW Health later confirmed another eight deaths, including a man in his 20s from western Sydney. He died at home and his COVID diagnosis was confirmed only after his death.

The others were four men and three women aged from their 50s to their 80s. The toll from NSW’s Delta outbreak has risen to 403.

Greater Sydney will emerge from 15 weeks of lockdown on Monday when gyms, cafes, restaurants, shops, hairdressers and beauticians will reopen and people will be allowed to venture more than five kilometres from home.

Mr Perrottet has also said he will call other state premiers on Thursday, with Queensland Premier Annastacia Palaszczuk a priority.

“Obviously, I want the border opened as quickly as possible,” he said.

He also wants to speak to Western Australia Premier Mark McGowan about the contentious issue of GST.

Meanwhile, lockdown will be extended until Monday for several areas in regional NSW, including Oberon, Snowy Monaro and Menindee and Sunset Strip in the Central Darling Shire.

Mr Perrottet has also confirmed that NSW will “move away” from its 11am daily coronavirus updates. NSW Health is expected to announce case numbers at 9am each day.