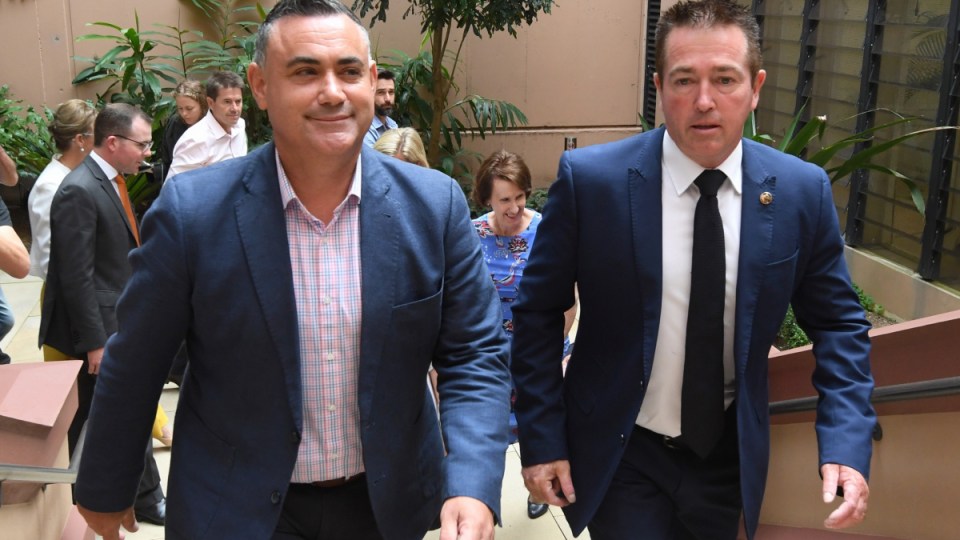 He’ll be sworn in later on Wednesday.

“I can confirm that the honourable Paul Toole has been duly elected as the leader. The honourable Bronnie Taylor MLC was elected to the position of deputy leader,” party whip Steph Cooke announced shortly before 11am.

Shortly afterwards, Mr Toole said his election as leader was an honour.

“I want to make sure we get back to work and it’s business as usual,” he said.

“Because the people of this state have been doing it tough now for a number of years and I think what’s important here is that we actually get on with the job that we are elected to do.”

Dominic Perrottet was sworn in as Premier on Tuesday afternoon, after winning a Liberal party room vote against Planning Minister Rob Stokes.

Ms Berejiklian made her first public comments since her resignation on Wednesday, urging NSW residents to back Mr Perrottet.

“He will be an outstanding leader and at this time we need everyone to follow the Premier’s words to make sure we come out of this lockdown as safely as possible,” she said on a brief visit to her electorate office in Willoughby, in Sydney’s north.

Mr Toole, who is also the state’s Regional Transport and Roads Minister, was firm favourite to take over as Nationals leader.

Before entering state parliament in 2011, Mr Toole – a former school teacher – was a councillor for the Bathurst region for 16 years, becoming mayor in 2007.

Announcing his candidacy on Tuesday, he talked up his credentials as deputy party leader and pointed to his track record of working with Mr Perrottet.

Now the junior coalition leader, Mr Toole has big shoes to fill, with Mr Barilaro widely lauded as one of the fiercest advocates for the bush the state parliament has seen.

Mr Toole this week paid tribute to the Monaro MP, praising his “passion and ferocity” in his advocacy for constituents.