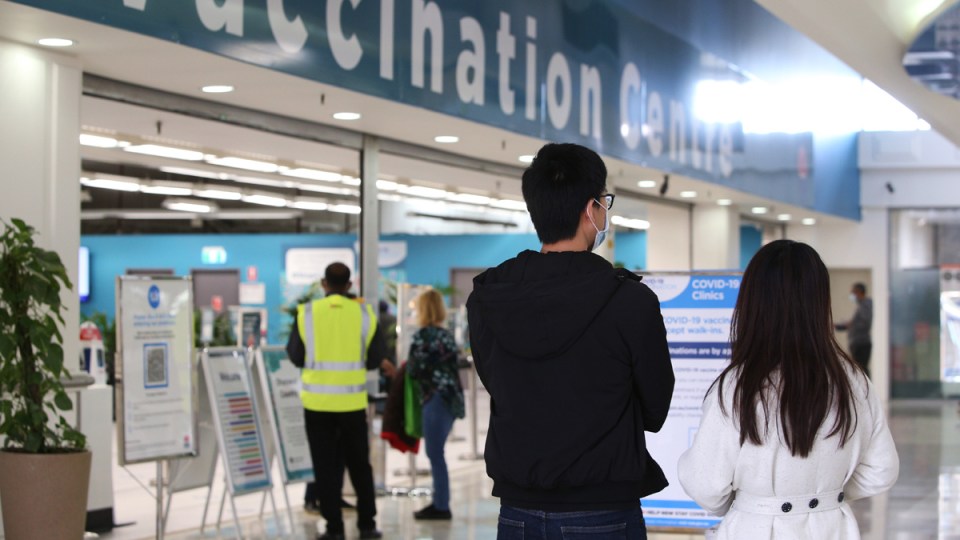 NSW has confirmed another 260 virus cases, as its vaccination rates inch towards 95 per cent.

NSW is on the brink of its most significant virus milestone yet, expected to reach its target of 70 per cent of over-16s fully vaccinated on Wednesday afternoon.

That will trigger the return of a host freedoms from this coming Monday, including larger gatherings and the reopening of shops and hospitality businesses.

The state was almost certain to tick over the crucial dose on Wednesday, after sitting on 69.1 per cent in the last official figures released by the federal government.

It will be the first jurisdiction in Australia to hit one of the crucial targets ahead of reopening.

The milestone came as new Premier Dominic Perrottet signalled looming changes to NSW’s roadmap out of its lengthy virus lockdown.

Ahead of the swearing in of new NSW Nationals leader Paul Toole as the state’s deputy premier on Wednesday, Mr Perrotet confirmed Monday would remain the first reopening day, but other changes were likely.

“It is the right decision to not set a date at the outset, but it is good to set a vaccination target – and we want to make sure every person across our state goes out there and is incentivised to get vaccinated so that we can open up our economy,” he said.

“At the cabinet meeting this afternoon there will be further discussions in relation to the road map.”

NSW had 594 new local virus cases in the 24 hours to 8pm on Tuesday, its lowest daily number since August.

There were also the deaths of seven men and three women, bringing the number of people who have died in its latest outbreak to 395.

Navigating the reopening is the biggest challenge for the state’s new leadership team.

Greater Sydney has been locked down for more than 15 weeks, and lobby group Business NSW wants a panel established to consider financial support for small businesses.

Business NSW chief executive Daniel Hunter said the panel would consider proposals for businesses that did not qualify for hardship packages.

“There is concern amongst the business community that some may ‘fall through the cracks’ when it comes to the support packages,” Mr Hunter said

Among other changes due on Monday are:

“Thank you everybody for your ongoing terrific efforts in coming forward to get vaccinated, it’s really pleasing to see such high coverage of vaccination across the state,” she said.

She also flagged regional areas of concern as Jindabyne, Figtree, Merewether, Wallsend, Cessnock, and Blue Haven, where residents should remain vigilant for symptoms, testing and getting vaccinated.

“It is really important that as we open up, we all act cautiously, and that we continue to follow the revised health advice that will apply as we progressively follow the roadmap,” she said.

There are 959 patients in NSW hospitals, with 188 people in intensive care and 93 who require ventilation.