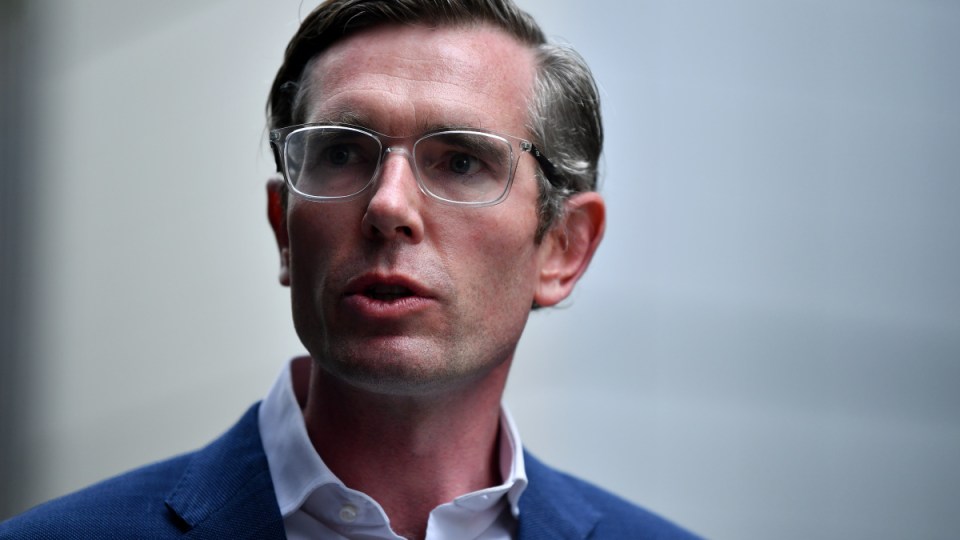 Dominic Perrottet has won a ballot for the NSW Liberal leadership, and will become premier. Photo: AAP

Dominic Perrottet has been confirmed as the new Premier of NSW following a ballot of the Liberal party room on Tuesday morning.

“I can confirm that the NSW parliamentary Liberal Party have met this morning to fill a vacancy for leader,” Mr Crouch said.

Shortly after the ABC reported that Mr Perrottet received 39 votes in the ballot, to challenger Planning Minister Rob Stokes’ five. It was the first time in more than 20 years there had been a contested vote for NSW Liberal leader.

In brief comments afterwards, Mr Perrottet said it was an “honour and absolute privilege” to be elected to the top job.

“I really appreciate the trust my colleagues have put in me today, and we’ll have more to say a bit later in about an hour’s time,” he said.

The devout Catholic and father-of-six will become the 46th person to be NSW premier and the youngest ever to take on the state’s top job.

He had been favourite to be take over as premier following Gladys Berejiklian’s shock resignation. Ms Berejiklian quit on Friday after the state’s corruption watchdog disclosed she was under investigation for potential breaches of public trust during her secret five-year relationship with former MP Daryl Maguire.

Long touted as the premier-in-waiting, Mr Perrottet, who is from the NSW Liberal’s right faction, struck a deal with his moderate colleagues at the weekend to make Jobs Minister Stuart Ayres his deputy and promote Environment Minister Matt Kean to treasurer.

But Mr Stokes refused to back down, saying he was “in it to win it”.

He offered himself as a more experienced alternative to 39-year-old Mr Perrottet, arguing he was the Liberal Party’s best shot at winning the 2023 election. On Tuesday, he declared democracy the winner.

“The party room had a democratic vote. I always said I would give people a choice. They have chosen emphatically, democracy is the winner,” he said.

“Dominic Perrottet will be a magnificent premier and he has my undivided loyalty and support.”

Mr Perrottet had played up his credentials working alongside Ms Berejiklian as deputy leader, and argued for stability.

“As Gladys demonstrated so well, leading a successful Liberal and National government requires unity across our party’s ‘broad church’,” he wrote in an opinion piece in The Daily Telegraph on Monday.

“We can only do that if we remain united, and maintain stability and continuity for the people of our state.”

Prime Minister Scott Morrison said he had worked well with Mr Perrottet on the NSW economy as they dealt with “the very difficult challenges we have had with COVID”.

“When we disagree, we disagree. The next day we get back to work. That is how normal people get on with each other when they know each other well. And we do,” he told Seven’s Sunrise program on Tuesday.

The Liberals’ shake-up comes as the NSW Nationals prepare for their own leadership contest, after Deputy Premier and Nationals leader John Barilaro announced he too would quit parliament.

Paul Toole and Adam Marshall are expected to join Melinda Pavey in a three-way race to fill his position, with a party room vote due on Wednesday.