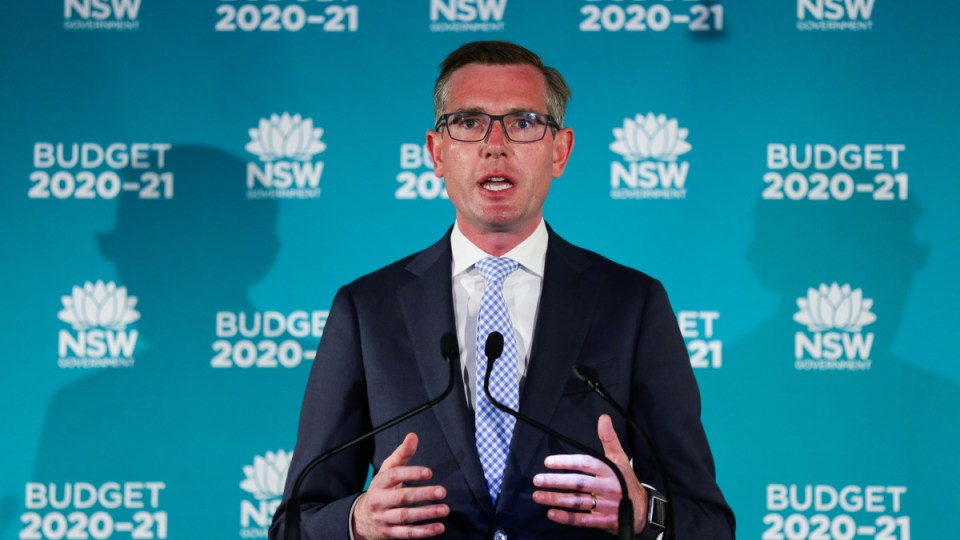 NSW businesses will still be able to get financial support from the state government for a month after commonwealth funds dry up.

The financial lifeline was announced as Premier Gladys Berejiklian confirmed on Thursday lockdown would “definitely” lift on October 11, as the state confirmed another 941 new cases and six deaths.

The federal government has flagged COVID financial support measures for businesses will be phased out by the time a state reaches 80 per cent double vaccination coverage – expected to be October for NSW – as will virus disaster payments for people who have lost work.

Mr Perrottet said the support from the NSW government would cost about $500 million.

“Whilst this has cost the budget substantially during this period … we always said from the outset that success for NSW won’t be the budget position, but keeping as many people in work and as many businesses in business during this difficult time,” he said.

A slimmed down version of the JobSaver program will also remain for businesses that have lost more than 30 per cent of their turnover.

From October 10, the state government will subsidise 30 per cent of their payroll expenses, halved to 15 per cent once NSW reaches 80 per cent double-dose vaccination at the end of October.

The new cash injection takes the spend on financial support during the outbreak to $8 billion.

The six deaths in the 24 hours to 8pm on Wednesday were three people in their 70s, two in their 80s, and one in their 90s. None were fully vaccinated.

Some 1090 people are in hospital with the virus, with 213 of them in intensive care.

Meanwhile, teacher unions have concerns about NSW students heading back to the classroom a week ahead of schedule.

Face-to-face learning will resume on October 18 for kindergarten, year one and year 12 students as part of a three-week staggered return.

Other grades will return to face-to-face learning on October 25 and November 1.

Industry bodies are concerned teachers and students have not had enough time to be vaccinated, and about ventilation in classrooms.

But Ms Berejiklian has moved to reassure critics that schools could safely open.

“When you make a decision like this, not everybody will agree with it, but we have to make decisions based on what is in the best interests of the majority of our students and parents,” she said.

The number of teachers vaccinated was “way above the state average”, she said.

“By the time schools go back on the 18th there will be enough fully vaccinated teachers.”

Elsewhere, the deadline has ended for police and health workers to have had at least one COVID-19 vaccination. Those who have not will be forced to take unpaid leave.

Stay-at-home orders will be reintroduced in the Snowy Monaro area from 3pm on Thursday, while lockdown is also extended for 18 regional local government areas.