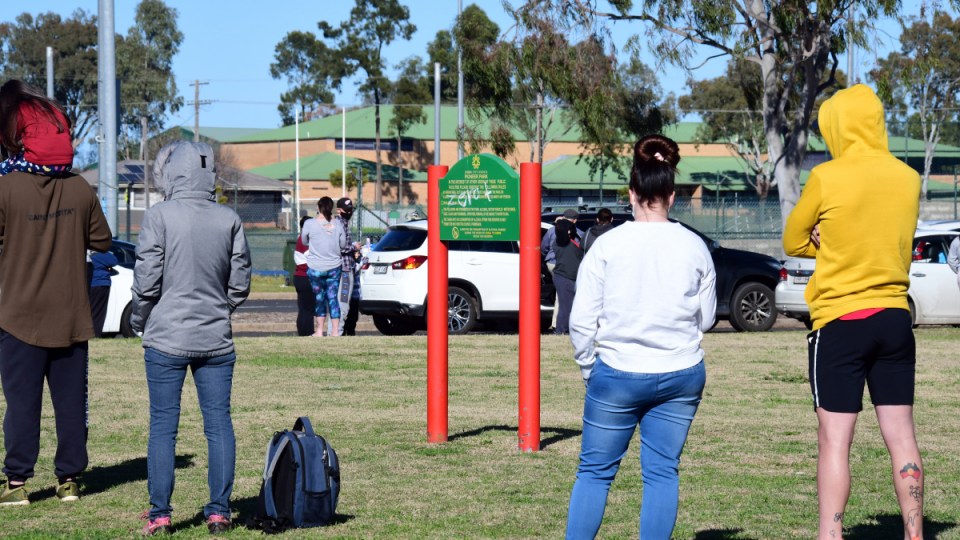 The lockdown will be extended in Dubbo, along with a host of other regional NSW areas. Photo: Getty

NSW will extend COVID lockdowns for 18 regional areas, and send another into a snap shutdown, after posting 941 more local cases on Thursday.

It is the state’s highest daily number of cases since it reported 961 last Sunday.

There were also six more virus deaths in the previous 24-hour period.

They were four men and two women aged from their 70s to their 90s, and take the state’s toll from its Delta outbreak to 337.

NSW Health said on Thursday that stay-at-home orders would be extended for a host of LGAs until October 11. They are: Bathurst Regional, Bourke, Central Coast, City of Broken Hill, City of Cessnock, Dubbo Regional, Eurobodalla, Goulburn Mulwaree, Kiama, City of Lake Macquarie, City of Lithgow, City of Maitland, City of Newcastle, Port Stephens, Queanbeyan-Palerang Regional, City of Shellharbour, City of Shoalhaven, and Wingecarribee.

A seven-day lockdown has also been ordered for the Snowy Monaro LGA from 3pm Thursday because of recent transmission of the virus in the area. NSW Health said the orders also applied to anyone who had been in the region since September 22.

The extended lockdowns came as Premier Gladys Berejiklian promised to bring forward the return of more freedoms as the state hit 80 per cent fully vaccinated.

“They won’t be major things but there will be tweaks. We’ll announce that at 70 per cent double dose,” she said on Thursday.

“There are a number of people in the community who have asked us to consider certain things and Health is considering those things and if it’s safe to do so we’ll be able to resume some of those activities at 80 per cent, as opposed to 1 December.”

NSW has reached 86.7 per cent of first doses in its residents 16 and over, and is at 62.9 per cent fully vaccinated.

“We’ll definitely hit that target by Monday, 11 October, of opening that day,” she said.

She also confirmed the earlier than planned return of students to classrooms. A staggered return will begin from October 18.

“When we set the date for schools opening on 25 October, we did it for two reasons – firstly to provide certainty for parents and school communities and secondly to make sure we’d already surpassed that 70 per cent double-dose figure,” Ms Berejiklian said.

“We didn’t realise at that stage how quickly NSW residents would take up the opportunity to get vaccinated.”

More than 47 per cent of 12-15-year-olds in NSW have had a coronavirus vaccine dose.

Regional lockdowns extended as NSW virus cases bounce back up