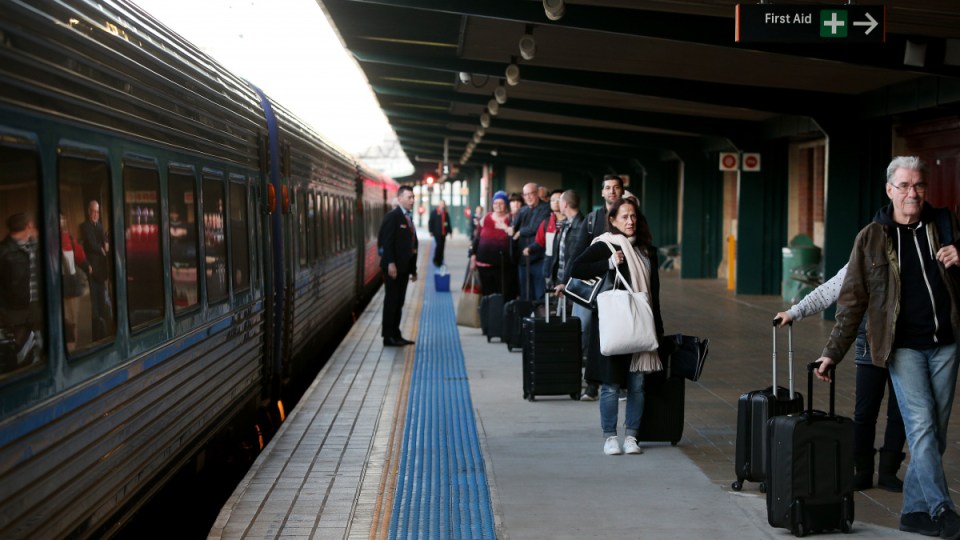 Sydney trains will be out of action from 9am to 1pm on Tuesday as drivers go on strike. Photo: Getty

Train services have been disrupted across NSW as drivers strike, with commuters told to make alternative arrangements.

Commuters can expect massive disruptions to all regional and city services on Tuesday as drivers strike for better pay and conditions.

Train drivers will stop working across Sydney Trains and NSW TrainLink from 9am until 1pm as part of ongoing industrial action, but services are expected to be affected from 7am until at least 3pm.

Commuters can also expect delays on Sydney’s Inner West Light Rail as workers at the Pyrmont depot stop work between 7-9am and 3-5pm.

Unions say they planned the action for weeks, especially around getting essential workers to and from work.

The strike comes during negotiations for a new enterprise agreement, where the parties remain at loggerheads over pay and safety issues.

Rail, Tram and Bus Union NSW secretary Alex Claassens said there could be more industrial action in the next month if the government continued to ignore workers’ demands.

Mr Claassens said the enterprise agreement expired in May.

“All we’re asking for is a clean, safe and efficient transport system to work in and to be paid fairly for the work we’re doing,” he said.

“At the moment, the NSW government is refusing to even send someone to the negotiating table to discuss our concerns.”

The union is asking for a 3.5 per cent wage rise while the NSW government is offering 0.3 per cent for the first year of a new enterprise agreement.

Other issues include restructuring people into other roles, outsourcing of COVID-19 cleaning jobs, and the absence of mandatory on-site virus testing.