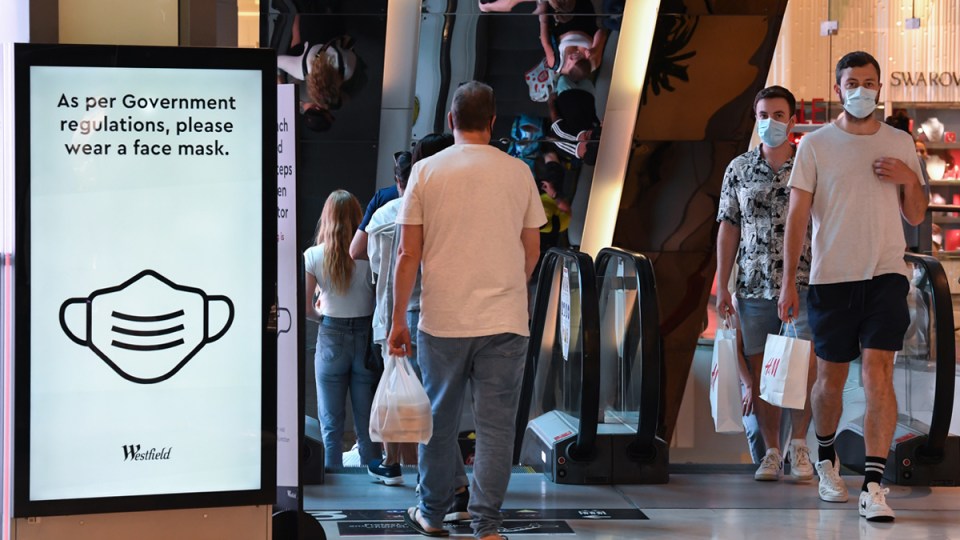 NSW will start to open up again in early October. Photo: Getty

The New South Wales roadmap out of lockdown has provided certainty for many, but it’s not yet clear for retail and hospitality workers who – if anyone – will have to turn away unvaccinated customers.

From October 11, fully vaccinated adults in NSW will be allowed back into shops, restaurants, cafes, pubs and bars.

Unvaccinated people won’t legally be allowed back into these venues until December 1.

Should the government mandate vaccination for workers, Gerard Dwyer, national secretary of the Shop, Distributive and Allied Employees Association, said “it needs to ensure that sufficient appropriate vaccines are available to any affected workers within an achievable time frame and that industry unions are consulted prior to making any public health orders”.

The government has hinted at a kind of honour system for customers, but the full details of the public health order have yet to be released.

Nevertheless, some business owners are prepping to turn away unvaccinated customers in the near future for the safety of staff and customers alike.

“Without government scrutiny this work will fall to workers who are neither paid to deal with abusive offenders nor protected from the real likelihood of harm,” Josh Cullinan, secretary of the Retail and Fast Food Workers Union, told The New Daily.

Other businesses are choosing to avoid the situation altogether.

The founder of Western Sydney fast-food chain Rashays, Rami Ykmour, recently said on TikTok that his restaurants would remain shut until unvaccinated people are legally allowed to enter.

“I don’t want my staff to be facing arguments at the front door on why customers can or cannot come in because of their double-vaccine passports,” Mr Ykmour said.

Vaccine passports will begin a two-week trial in rural NSW on October 6.

The state is due to start reopening just days later on October 11.

Not in the business of security

The state’s peak body for businesses has welcomed the roadmap to reopening, and is keen for the government to release details of the amended public health order.

“The government has reassured us that the public health orders will clearly state the onus will be on individuals to do the right thing,” Business NSW CEO Daniel Hunter told The New Daily.

He said that it shouldn’t be up to shops and restaurants to police the rules.

“So long as they operate within the COVID-safe rules and have proper QR code registration, a business has taken all reasonable steps to ensure compliance.

“If an unvaccinated customer enters their premises during that time and is caught, the fine will go to the individual.”

Workers on the front line

Regardless of how the state government enforces the public health order in shops and restaurants, business owners may still choose to impose their own restrictions for the time being.

The Retail and Fast Food Workers Union is calling for businesses to employ security guards to enforce the rules if need be, and for the government to help smaller businesses cover the cost.

“In the real world, bosses who exploit often young, insecurely employed and woefully paid workers will use such workers whenever they can save a buck,” Mr Cullinan said.

“All employers must be on notice that putting workers in harm’s way categorically fails the duty of care every employer has to their workers.”

He said it was a similar story when mask rules and QR codes were first introduced earlier in the pandemic.

RAFFWU is also waiting for the NSW government to confirm exactly which businesses will be affected, and how.