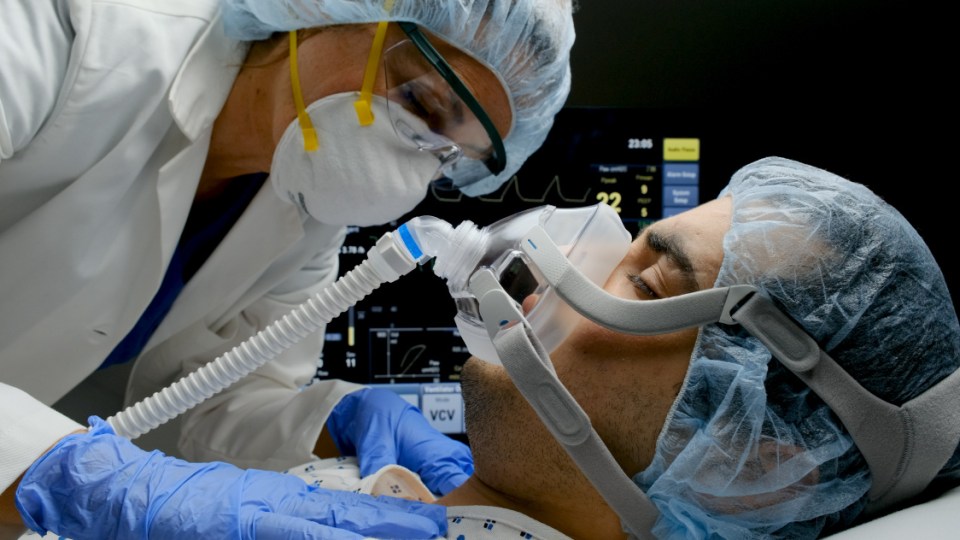 NSW has more than 200 people in intensive care, with 117 fighting for their lives on ventilators. Photo: Getty

NSW has reported 961 new locally acquired cases of COVID-19 and nine deaths, none of whom were fully vaccinated.

Most of NSW is locked down and police are cracking down to enforce compliance measures as authorities battle to contain the spread of the virulent Delta strain.

It takes the toll for the current outbreak to 297.

There are currently 1146 COVID-19 cases in hospital in NSW, with 222 people in intensive care and 117 on ventilators.

“We are seeing case numbers in southwest and western Sydney continue to have a downward trend but unfortunately in the Illawarra and Central Coast we are seeing more case numbers than we would like,” Premier Gladys Berejiklian told reporters.

The number of people to be fully interviewed by contact tracers within a day of their positive result nearly doubled last week, the data reveals.

The week before, tracers only reached 31 per cent of people within that time frame. It is the first time that metric has surpassed 50 per cent since the end of August.

The number of people infected on average by each positive case in that week – known as the average growth factor – dipped to 0.98, falling below one for the first time since the current outbreak began in mid-June.

Greater Sydney has now been in lockdown for more than 13 weeks, with some fun-starved residents given marching orders after large crowds gathered at beaches in Bondi and Manly on Friday night.

Police issued three fines for public health order breaches and a number of a move-on directions as they dispersed revellers.