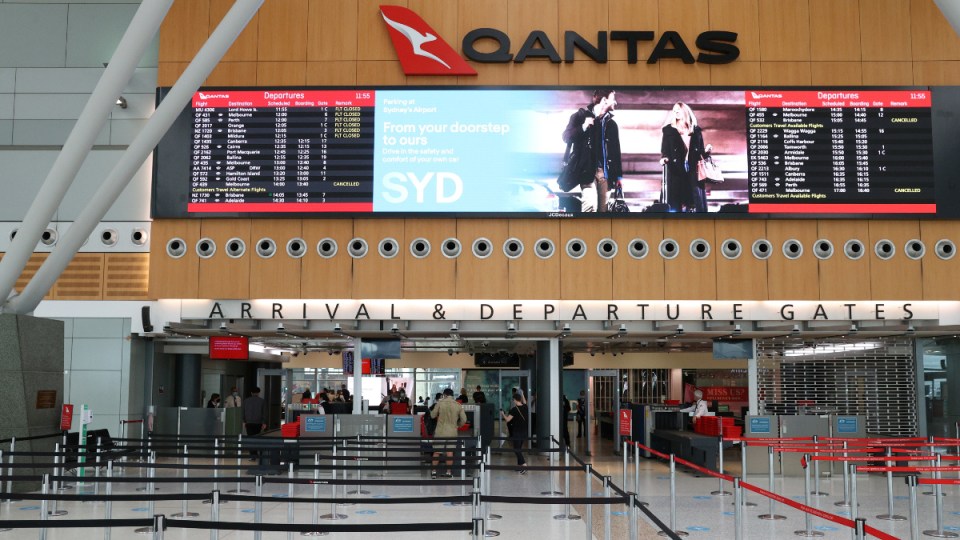 NSW has confirmed another case of the Omicron COVID variant – this time in a traveller who has not returned from southern Africa. Photo: AAP

NSW will in the coming week reveal its roadmap for 80 per cent vaccination coverage, and Premier Gladys Berejiklian wants international travel to resume “at the earliest opportunity”.

The state recorded 961 new local cases of COVID-19 and nine additional deaths in the 24 hours to 8pm on Saturday. None of the nine people, aged from their 40s to their 80s, were double jabbed.

The toll for the state’s current outbreak now stands at 297.

The Premier on Sunday told reporters the government’s plans for 80 per cent double-dose vaccination coverage – expected in roughly late October – will be revealed in the coming days.

This plan will extend the restoration of freedoms – which will commence at 70 per cent coverage – to fully vaccinated Australians.

It is likely to include larger gathering caps, larger major event crowds, auctions and the resumption of community sport.

But it may also involve the government delaying the resumption of regional NSW travel from 70 per cent to 80 per cent coverage.

On Sunday she expressed her hope that outbound travel, currently banned by federal authorities, would also be allowed again imminently.

It comes a day after Ms Berejiklian’s Queensland counterpart Annastacia Palaszczuk expressed her strong aversion to the resumption of international travel any time soon.

Unvaccinated will have to wait

“Other states may not be ready for that yet but that’s OK, NSW is moving fast and if we feel it’s safe to do so, of course we’ll allow our double vaccinated citizens to move freely,” Ms Berejiklian said.

“I’d like NSW residents who are fully vaccinated to be able to go overseas at the earliest opportunity … if they’re double vaccinated and have those plans, and the airlines are flying in, why not?”

Freedoms for the unvaccinated will be also restored at an unspecified later date, Ms Berejiklian said, but not in the short term.

There are currently 1146 COVID-19 cases in hospital in NSW, with 222 people in intensive care and 117 on ventilators.

The week before, tracers only reached 31 per cent of people.

The number of people infected on average by each positive case in that week – known as the average growth factor – dipped to 0.98, falling below one for the first time since the outbreak began in mid-June.

Greater Sydney has now been in lockdown for more than 13 weeks, with some residents given marching orders after large crowds gathered at beaches in Bondi and Manly on Friday.

Police issued three fines for breaching public health orders and a number of move-on directions as they dispersed the throngs.

“I ask everybody to please hold the line, it’s really important we work hard now so when we do start opening up at 70 per cent, we’re able to do so safely and by bringing everyone together,” Ms Berejiklian said.

“All of us would like to think that once we get to that 80 per cent double dose, it will be back to living without COVID, but it will not be.

“It will be a new COVID normal but we will enjoy so many more freedoms than what we have today and we will all adjust our lives.”