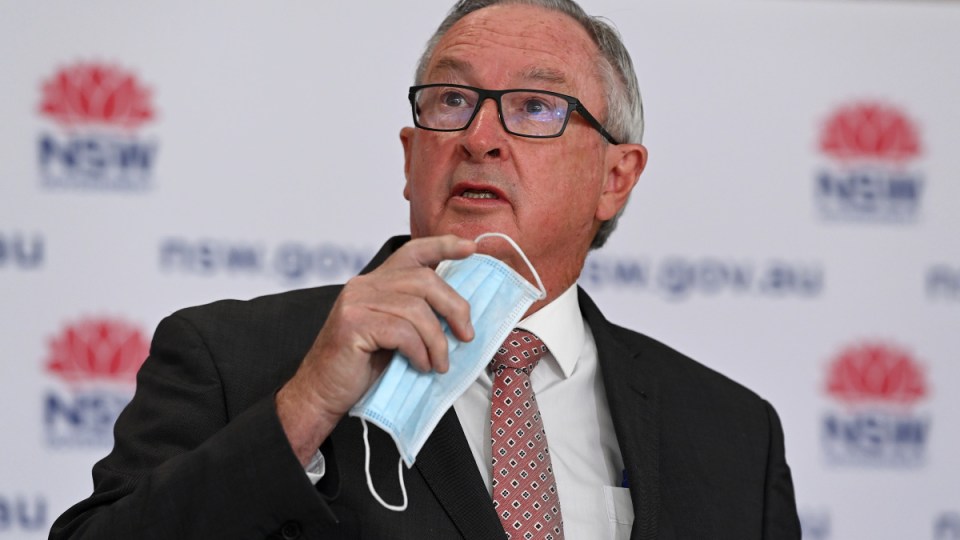 But the state’s millions of residents need to remain disciplined until 70 per cent double-dose vaccination coverage is reached.

NSW reported 1063 local virus cases and six deaths in the 24 hours to 8pm on Wednesday as its Delta outbreak rose past 50,000 infections.

It takes the toll for the current outbreak to 266.

Health Minister Brad Hazzard on Thursday acknowledged the pandemic had been “gruelling” for everyone and reiterated hospitalisations in NSW would not peak until October.

But as vaccination coverage among those 16 and over continues to rise, the end of lockdown is drawing near.

Once 70 per cent double-dose coverage is reached, fully vaccinated NSW residents will again be able to visit the homes of others and head out to pubs and cafes, shops, gyms and sporting matches.

These freedoms might be restored as soon as October 11, the Monday after the 70 per cent mark is likely to be reached.

Additional freedoms – including international travel – will come at 80 per cent double-dose coverage.

More than 83 per cent of NSW residents 16 and over have had at least one jab, and 55.46 per cent are fully vaccinated. First doses are rising at about 0.5 per cent of the population a day, and second doses at 1 per cent.

“We are getting there, it’s a really positive time,” Mr Hazzard said.

“We’re moving towards Christmas and it looks like we’ll all be able to effectively cut loose – there’ll be some restrictions but we’ll be able to have a much better life in the coming weeks.”

Meanwhile, two dozen people have contracted the virus in the second major outbreak at Liverpool Hospital in south-west Sydney, with six wards affected.

All hospital staff members who tested positive for COVID-19 are fully vaccinated. Mr Hazzard said the cause of the outbreak remained unclear.

He said he was “concerned” but not panicked about the hospital outbreak.

“They are trying to work out what has actually occurred with the intrusion fo the virus into the hospital … but almost every hospital in the world has had intrusions,” he said.

“Worldwide, hospitals are places that people come in when they are sick with COVID so there is always a risk.”

In more positive news, Lismore and Albury were released from stay-at-home orders at midnight after no new cases were reported in the regions since they were locked down on September 16.

Several local council areas in the state’s west were freed overnight too, with Gilgandra and Brewarrina at least 14 days virus-free.

Restrictions will also ease in Narromine from Saturday provided the town has no cases or sewage detections before then.

The Glen Innes and Orange local government areas will also exit lockdown from Friday, but Hilltops will remain locked down.

Parliament’s executive director of corporate services Kelly McFadyen sent an email to MPs on Thursday informing them of the case.

The person was in parliament on Tuesday and Wednesday last week when the Legislative Council tried to sit and tested negative to the Rapid Antigen Testing on those days.

“Advice this morning from the parliament’s occupational hygienists … is that there is extremely low risk to the parliamentary community and no testing or isolation is required for those who came into contact with the staff member last week,” she said.