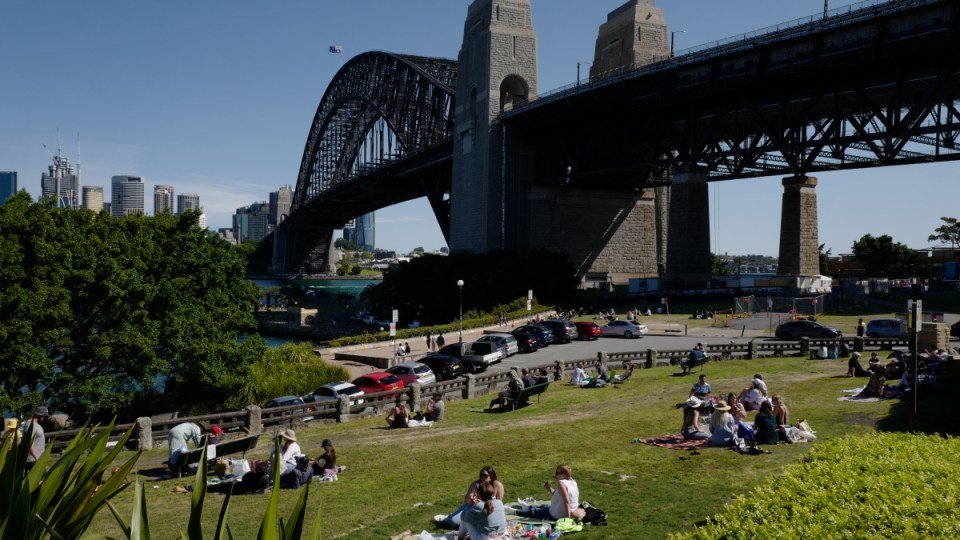 NSW’s local virus cases have dipped below 1000 for the first time in more than three weeks, with another 935 confirmed on Monday.

There were also four more fatalities, taking the state’s toll from its Delta outbreak to 245.

They were two men in their 60s from south-western Sydney, a man in his 80s from western Sydney and a woman in her 80s from the Wollongong area.

The state also had another infection diagnosed in hotel quarantine.

Premier Gladys Berejiklian said the dip in daily cases was pleasing, but warned against complacency.

“Even if case numbers go down, we should expect unfortunately that the number of people in intensive care and the number of people who lose their lives to go up because as we’ve said consistently … people ordinarily get very six in the second week of the illness and sometimes stay very sick for a long time,” she said on Monday.

The state has also announced another regional lockdown after a mystery infection was uncovered. Chief health officer Kerry Chant said a nine-year-old boy had attended school in the local government area of Cowra for several days while infectious.

The central western region will begin a lockdown from 5pm Monday.

“Anyone who was in Cowra from 13 September, regardless of where they are, must adhere to the stay-at-home requirements,” Dr Chant said.

She said health authorities were also concerned for other areas, including Dareton and Kempsey.

“In terms of the suburbs, whilst we are seeing some pleasing declines in some of the suburbs and clearly the numbers today reflect that, it is too soon for complacency so I call upon the communities of Greenacre, Guildford, Bankstown, Merrylands, Casula, Wayland, Fairfield and the Wollongong and central coast communities and the areas around Waterloo Redfern and inner-city to please be vigilant for signs and symptoms,” she said.

“Come forward for testing and please take care as you go about your required activities under the public health orders.”

There are 1207 COVID-19 cases in NSW hospitals. They include 236 people in intensive care, 123 of whom require ventilation.

Ms Berejiklian said the state had reached 82.2 per cent of eligible people with first vaccine doses and 52.7 per cent fully vaccinated.

An additional 20 per cent of NSW 12-15-year-olds have also had first vaccine shots.

Elsewhere, the ACT reported another seven local cases on Monday. All are linked to existing clusters, but only two spent their entire infectious period in quarantine.

Chief Minister Andrew Barr said 80.4 per cent of eligible residents had had one COVID shot, while 55.9 per cent had had both.

NSW’s welcome fall in cases came as Victoria has reported its highest daily number of COVID-19 cases in its current outbreak and another death.

The state health department confirmed 567 local cases in the 24 hours to Monday morning, bringing the total number of active cases across Victoria to 5675.

The death of a woman in her 70s has taken the state’s toll from its current outbreak to 12.

In the 24 hours to Monday, 50,915 tests were processed and a record 39,939 Victorians received a vaccine dose at state-run hubs.

It came after Premier Daniel Andrews unveiled the state’s roadmap out of lockdown on Sunday, detailing small changes to Melbourne’s restrictions when 80 per cent of Victorians over 16 have received a single vaccine dose.

Victoria has 209 COVID patients in hospital. Of those, 59 are in ICU and 40 are on ventilators.

Mr Andrews said on Monday 86 per cent of those patients were unvaccinated, while 12 per cent had had one dose.

“These vaccines, all of them, are effective, incredibly effective, against serious illness. They work, they save lives. They are our way out of this.”

Three regional Victorian areas – Greater Geelong, Mitchell and the Surf Coast – are on their first full day of seven-day lockdowns after a growing number of virus cases.