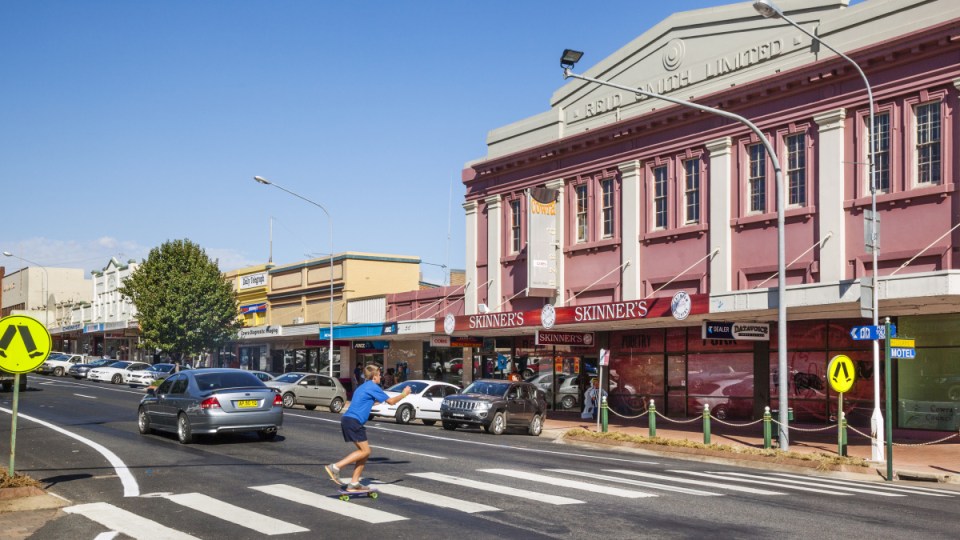 Cowra, which has about 10,000 residents, will be locked down after a nine-year-old boy tested positive for the virus. Photo: Getty

The central western NSW town of Cowra will be locked down within hours after a primary school boy tested positive to COVID-19.

Chief health officer Kerry Chant said the week-long lockdown in the town of about 10,000 would come into force at 5pm on Monday.

“Anyone who was in Cowra from 13 September regardless of where they are, must adhere to the stay-at-home requirements,” she said on Monday.

“There was a nine-year-old boy who attended school in Cowra and there were a number of associated community exposures.

“The source at the moment is under investigation,” she said.

Dr Chant urged the Cowra community to get tested and was pleased to note the community had a high vaccination rate.

The source of the case remains under investigation, but health authorities fear there are other cases circulating in the community, with fragments of the virus detected in the town’s wastewater last week.

“We’re really cautious that this might not be the case that was triggering the sewerage testing earlier on,” Western NSW local health district chief executive Scott McLachlan said.

“This family doesn’t live in Cowra – they live outside of Cowra.

“I really would urge some caution for everyone … if you’ve got any sort of symptoms, please, most urgently, come and get tested, even if you don’t have symptoms.”

NSW Health also has concerns about the far western town of Dareton, where traces of the virus has also been detected in sewage.

Last week Lismore, near the Queensland border, Albury on the Victorian border, Yass in the southern tablelands and Glen Innes in the northern tablelands went into seven-day lockdowns after COVID-19 cases were recorded in those communities.

It is the first time in nearly a month that NSW has had fewer than 1000 cases in a 24-hour period.

There were also four more fatalities – two men in their 60s from south-western Sydney, a man in his 80s from western Sydney and a woman in her 80s from the Wollongong area. So far, 245 people have died since the NSW outbreak began in June.

Low iron is a health risk made worse by COVID-19. How to get more without supplements
NSW’s virus cases drop below 1000, as four more die
Today's Stories