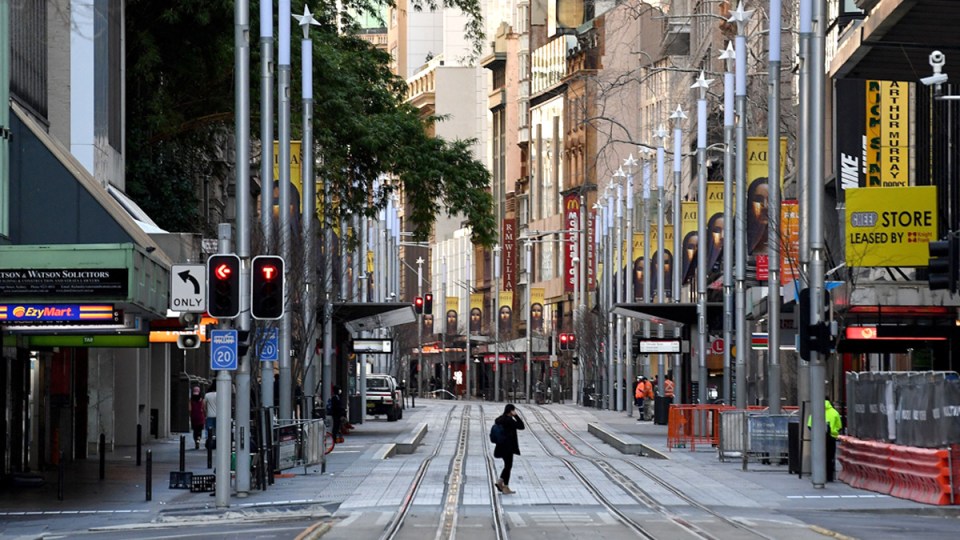 The COVID lockdown across regional NSW has been extended as the state posted another record daily tally of local infections.

There were 681 new virus cases reported on Thursday, up from Wednesday’s previous record of 633.

They come on a grim day for the whole country, with Australia posting its highest daily rise in coronavirus cases during the pandemic yet.

There were 57 more local infections in Victoria and another 16 in the ACT, which is also trying to manage an outbreak of the Delta strain.

The daily national figure of 754 is significantly higher than the 698 set at the height of the Victorian second wave last year.

In NSW, only 135 of the latest cases spent their entire infectious period in isolation.

The state’s toll from its current outbreak has also risen again, with the death of a man in his 80s in a Sydney hospital taking it to at least 61. He had had one COVID shot, and also had underlying health conditions.

NSW’s toll since the pandemic began is 117.

In greater Sydney, the suburbs of Merrylands, Guildford, Auburn, Granville, Lidcombe, Greenacre and Blacktown remain of most concern.

“These areas have the fastest growth but it doesn’t mean there are not other areas, but these ones are the main ones,” Premier Gladys Berejiklian said on Thursday.

Regional parts of the state were sent into a seven-day lockdown at short notice last Saturday as more cases emerged. Ms Berejiklian said there were still concerns for parts of regional NSW, with “cases bubbling along” in Wilcannia and Dubbo.

“Things are settling down in other parts of regional NSW, which is positive,” she said.

“Given the outbreak in western NSW and a few cases elsewhere throughout the regions, the lockdown in regional NSW will align with the rest of NSW until at least August 28.”

Deputy Premier John Barilaro said there were now 167 active infections in inner-western NSW, including new cases in Bathurst, Warriner, Dubbo and Mudgee. There are also new cases in Newcastle, Goulburn, South Kempsey, Hunter-New England, and on the central coast.

“It is starting to show clearly that there are concerns still in regional NSW,” he said.

“This morning, there are two new cases in Queanbeyan – and we know that with the escalating crisis occurring in Canberra … [it] is why we continue to be worried about the regions.”

There are also grave concerns for Wilcannia, where a funeral is feared to have become a super-spreader event. It was attended by 150 mostly Indigenous people.

“We ask all of the population of western NSW to really be very vigilant for symptoms, to come forward for testing,” she said.

“We are concerned about three cases overnight, notified in Wilcannia.

“Those cases will be included in the numbers tomorrow.

“We are very concerned about the risk of community transmission in Wilcannia, and we call on anyone who has been in or near Wilcannia in recent days to please get tested.”

NSW has 474 virus patients in hospital, including 82 in intensive care. Of those, 25 cases require ventilation.

In brighter news, Wednesday was a record day for COVID vaccinations across NSW, with 42,301 shots administered. More than 50 per cent of the state’s eligible population has now had at least one dose.

Workers in Melbourne’s west have been urged to come forward for testing, amid fears someone with the virus is circulating in the community undetected.

“Possibly of greatest concern at the moment is the strong, repeat detections identified and reported regularly in and industrial precinct and Sunshine West,” Professor Cowie said.

Authorities suspect the case is someone who works in the area.

“While the testing program isn’t necessarily a smoking gun, it does provide a good signal and another line of intelligence for us to follow,” he said.

Of those, 54 were linked to known outbreaks while 44 had been in isolation throughout their infectious period. Three remain under investigation.

Premier Daniel Andrews said while the numbers were important, the story behind them was more important.

Of Thursday’s spike, 41 one of the cases were detected in isolation through routine day 13 tests.

“I know 57 seems a very big number, but when the vast majority of those have been isolation for their infectious period … that’s exactly what we want,” Mr Andrews said.

There was also a “significant uplift” in testing numbers across the state, hitting almost 50,000.

The national capital had 16 new virus cases on Thursday, taking its outbreak to 83.

Of the new cases, 11 are linked to existing infections while five remain under investigation.

More than 8700 tests were conducted on Wednesday.

NSW has also recorded two new cases at Queanbeyan, which borders the ACT.

The three-day lockdown of Darwin will lift as planned from midday on Thursday, but Katherine will remain under stay-at-home orders for at least another day.

Chief Minister Michael Gunner said the Katherine lockdown was “on track” to end at midday Friday.

Greater Darwin and Katherine were locked down for three days on Monday after the man travelled from Sydney via Canberra to Darwin.

There have so far been no virus cases linked to the man.

Restrictions, including face masks in public, will apply in both areas for at least a week.

Bucking the trend: Is there a future for ultra-long-haul flights in a net-zero carbon world?
Victorian charged over 1987 Sydney murder
Today's Stories