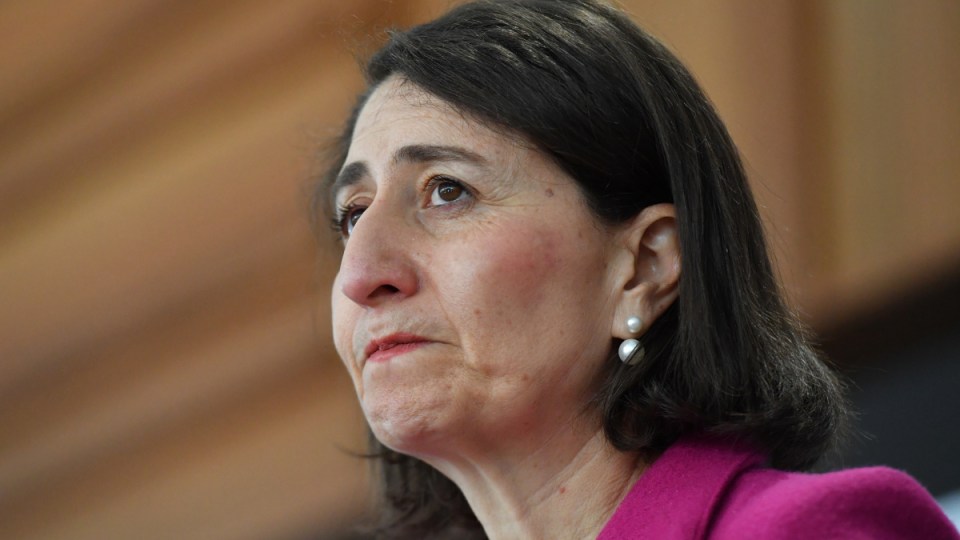 Gladys Berejiklian says life won't be "back to normal" until 80 per cent of NSW is vaccinated. Photo: AAP

Premier Gladys Berejiklian is encouraging everyone eligible in NSW to get vaccinated and help the state reach its vaccination target, as COVID-19 continues to spread into the regions.

“Two doses of 70 per cent vaccination [is the target] and NSW, if we had the current pace, we will hit that around the end of October,” Ms Berejiklian said on Wednesday.

But life wouldn’t be “back to normal” until 80 per cent of the population was vaccinated towards the end of the November, she said, referencing the Doherty Institute modelling produced for the national cabinet.

NSW reported 344 new locally acquired cases of COVID-19 in the 24 hours to 8pm on Tuesday.

On the second worst day of the eight-week outbreak, at least 101 of the new cases were circulating in the community for all or part of their infectious period.

Another two people have died – a man in his 30s with underlying health conditions from Sydney’s northern beaches and a man in his 90s, taking the number of COVID-related deaths in the outbreak to 34.

Neither man was vaccinated.

The Dubbo local government area in the state’s central west went into a seven-day lockdown on Wednesday after two positive cases were recorded in the region, prompting panic buying in the town.

The Department of Education was advised by NSW Health late on Tuesday of a case at Dubbo West Public School.

The school has been closed, while staff and students are being asked to isolate and get tested if they have symptoms. The positive case has also been linked to Macquarie Anglican Grammar School and nine close contacts have been identified and are in isolation.

More than six million people in Sydney and surrounds are now in lockdown until at least August 28, with the Hunter, Byron Bay, Armidale and Tamworth areas also enduring lockdowns.

There were no extra cases in Armidale, Tamworth or the Northern Rivers region but it’s unlikely the Hunter region will come out of lockdown on Thursday after 14 new cases were recorded overnight.

Late on Wednesday afternoon, a positive case was confirmed in an inmate at Bathurst Correctional Centre. There are reports he was active in the community earlier this week.

Ms Berejiklian said some people in NSW might be allowed more freedoms if six million vaccinations were administered by the end of August.

“That is what we are working towards and something that our government is very keen to make possible,” she said.

There are 374 coronavirus patients in hospital, 62 of them in intensive care and 29 are ventilated.

Chief health officer Kerry Chant said none of the people in intensive care had received two doses of the vaccine.

“You can see that the vaccine works,” Dr Chant said.