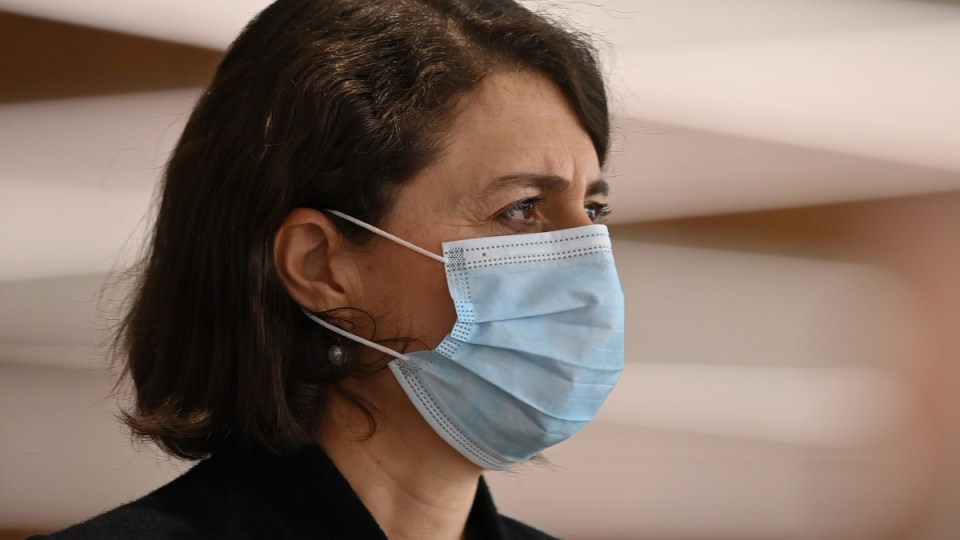 NSW will remain in lockdown for at least another four weeks after the state reported 177 new local COVID cases and a further virus-related death in the 24 hours to 8pm on Tuesday.

Restrictions will also tighten for residents in eight local government areas deemed particularly high risk, while new rules mean people across the state can shop for essential goods only within 10 kilometres of their home.

Non-essential workers living in the eight LGAs will not be allowed to leave their area for work, while construction on non-occupied worksites will resume in all parts of the state besides these eight LGAs.

News of an expected four-week extension first broke on Tuesday night and was confirmed by Premier Gladys Berejiklian at a Wednesday morning press conference.

NSW residents will now be subject to stay-at-home orders until at least August 28 – nine weeks after they were first introduced.

“All those areas currently in lockdown will continue to be in lockdown until the 28th of August,” Ms Berejiklian said.

The Premier also announced further financial support for people affected by the lockdowns – including those already on income support – and said year 12 students would return to face-to-face learning on August 16.

Year 12 students in the high-risk LGAs will be offered the Pfizer vaccine in an attempt to contain the outbreak, with shots to be redirected from regional NSW. The state government is also working to introduce rapid antigen testing for these students.

In other changes, and in recognition of the mental toll the extended lockdown is having on many, Sydneysiders who live alone will be able to form a ‘single bubble’ with one other person. Outside the eight hardest-hit areas, there will be no limit on the distance bubble buddies can travel to provide compassionate support.

But Ms Berejiklian urged people to avoid mixing with other households and used the example of a private funeral in Pendle Hill to make her point.

She revealed that 45 out of 50 people at that funeral – already linked to the death of a woman in her 80s – had been diagnosed with COVID-19.

She said family members might think they were looking out for their loved ones by visiting them but might unwittingly infect them with the virus.

“That could be their death sentence. Do not do it,” she said.

“I don’t want to dwell on that one example, but it’s a stark example. Please do not move among households.”

Sixty-eight infectious in the community

Of Wednesday’s 177 cases – the highest daily number during the current outbreak – 74 are linked to a known infection or cluster and the source of infection for 103 cases is under investigation.

Forty-seven cases were in isolation throughout their infectious period.

But in a continuation of a worrying trend seen throughout the recent NSW outbreak, 68 cases were in the community for at least part of their infectious period and the isolation status of 62 cases remains under investigation.

State health officials also revealed that a woman in her 90s died on Tuesday at Liverpool Hospital.

Chief health officer Dr Kerry Chant said the woman was unvaccinated and her death was unlinked to the virus outbreak revealed at the hospital on Tuesday.

It takes the total number of deaths linked to the current outbreak to 11 and coincides with the hospitalisation of 165 cases.

Of those, 56 are in intensive care and 22 require ventilation.

Dr Chant urged people to stay at home whenever possible to keep others safe.

“My key message is – we need to hold course, we all have our part to play in getting through this,” she said.

“My other key message is: Get vaccinated. Also, whenever you have symptoms, get tested.”

No new cases were acquired overseas in the 24 hours to 8pm Tuesday.

NSW Treasurer Dominic Perrottet said it was a “difficult day” for workers and businesses in the state but more support was now available.

Access to the joint NSW and Commonwealth government JobSaver program will be expanded, with eligibility relaxed to include businesses with annual turnover of between $75,000 and $250 million – up from $50 million – provided they experienced a decline in revenue of at least 30 per cent.

The maximum weekly payment under that program has also increased from $10,000 to $100,000 – but businesses must keep the same number of staff on the books.