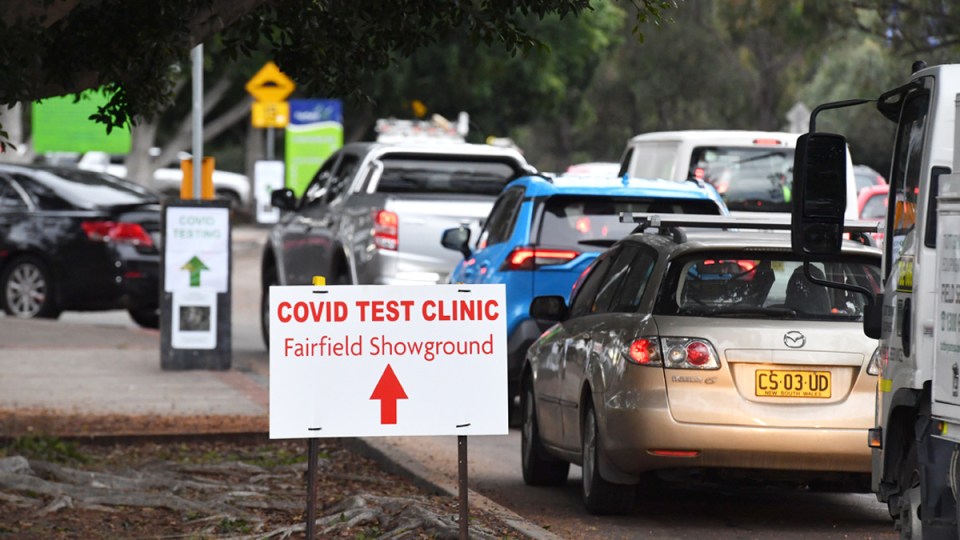 Virus testing numbers have risen significantly in Fairfield, where everyone leaving the area for work is required to have "surveillance testing".

NSW has confirmed 78 more local virus infections – as authorities confirm increasing testing is picking up many people who have the virus but no symptoms.

There were 63,000 COVID tests across NSW in the 24 hours to 8pm Monday, with Premier Gladys Berejiklian confirming a noticeable boost in the virus’ epicentre of Fairfield.

However, there is little improvement in the numbers of people who are infectious while in the community.

From Tuesday’s figures, at least 29 people were out and about for at least part of their infectious period. The isolation status of a further 12 remains under investigation.

Ms Berejiklian said the effort of the community was making a difference.

“We’ve stabilised the virus,” she said.

“We wouldn’t have thrown everything at it if we didn’t think we had a chance of crushing it and I know that if we all work together we can quash it.

“That 78 number would have been much, much higher had people not been doing the right thing.”

She described Tuesday’s COVID numbers as a “pleasing drop” – after four days with daily figures hovering around 100 – but said too much transmission of the virus was still happening in workplaces.

Under public health orders, employers in locked down areas are required to direct employees to work from home.

In regional NSW, working from home has not been mandated but must be allowed where possible.
Residents of Fairfield, Canterbury Bankstown and Liverpool cannot leave their local government areas unless they are an authorised worker. Fairfield residents who leave for work must be tested for the virus every three days, even if they do not have symptoms.

People living in greater Sydney, Blue Mountains, Central Coast, Wollongong, and Shellharbour are in the fourth week of a lockdown and the government is under intense pressure for its sudden decision to shut down the state’s construction industry.

Builders, unions and constriction companies have formed a united front to lobby the government to allow some workers back on sites before the end of July.

Ms Berejiklian defended the shutdown as necessary but said the government was working with the sector on safe ways to open up again on July 31.

She flagged extra safety measures for the industry, including onsite COVID testing.

“It was important for us to take a pause so that the industry can resume and continue safely and indefinitely,” she said.

Dr Chant also confirmed the death of a south-west Sydney woman in her 50s on Monday. She is the fifth COVID-19 death in NSW since mid-June and the 61st recorded from the pandemic.

The Green Valley woman was the mother of removalist twins who travelled to central-west NSW while allegedly knowing they were COVID-19 positive.

There are 95 COVID-19 cases in hospital, with 27 people in intensive care, 11 of whom are ventilated.