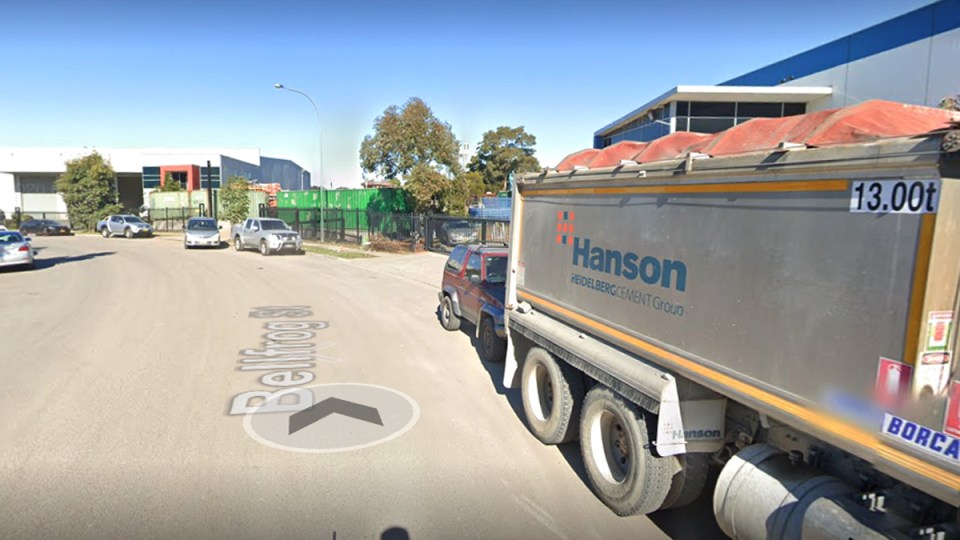 NSW authorities have issued alerts for two Sydney workplaces amid fears they may be at the centre of an emerging super-spreader event.

D&M Excavations and Hanson Concrete, both on Bellfrog Street in Greenacre, in Sydney’s south-west, were listed as virus exposure sites  late on Wednesday.

“Anyone who was on the site from the 1st July to the 13th July is considered a close contact, must get tested and isolate since the last date of attendance,” she said.

“The four cases all worked at the site across these dates and we are concerned that we need people to respond to those urgent requests.

“Obviously, we are following up with the cooperation of those workplaces, but we also are alerting the community.”

The cases were among 65 confirmed by NSW Health on Thursday.

Premier Gladys Berejiklian noted the number was stabilising, but said they would continue to rise and fall for some days yet.

It was the state’s lowest tally of infections for five days, but state authorities still remain alarmed at the number of people out in the community while infectious.

On Thursday, that included 28 who did not isolate for any of their infectious period while another seven who spent at least part of that time in the community – prompting a warning from the Premier.

“I am anticipating tomorrow the case numbers will be higher, perhaps much higher than what we have seen today,” Ms Berejiklian said.

Five million NSW residents will endure at least another fortnight of lockdown after a run of high daily coronavirus numbers forced the state government on Wednesday to extend stay-at-home measures at least until July 30.

There are 19 COVID-19 patients in intensive care in NSW, with five ventilated.

She defended the state’s work-from-home settings, saying people able to work from home were already doing so, and it was impossible to achieve “perfection” in the settings for workers obliged to leave home.

Organisations had long been obliged to have COVID-safe plans for workers and numerous businesses had closed because they could not comply with current health orders, Ms Berejiklian said.

“There never will be [perfection] no matter where you draw the line … but what I do know is that the green shoots are starting to show,” she said.

The number of people circulating in the community while infectious was “too high … [but] it has been a stable number, it hasn’t grown.

“Unless it comes down, we can’t get out of lockdown.”

Ms Berejiklian also urged people not to visit doctors or pharmacists with COVID symptoms, saying some people had become infected in those settings.

Infection numbers continue to rise in south-west Sydney and a new 24-hour coronavirus testing clinic has opened at Fairfield after locals were this week forced to wait up to six hours in long queues.

There are now three testing sites in the area operating around the clock.

The clinics were inundated after health orders were introduced requiring essential workers to get tested every three days if they work outside the area.

Two of Sydney’s major hospitals are also on alert after a nurse and a patient were diagnosed with COVID-19, but authorities say they are not panicked.

A pregnant patient at Liverpool Hospital, in Sydney’s southwest, was diagnosed COVID-positive on Wednesday after undergoing a procedure.

The hospital cancelled elective surgery to deep clean the operating theatre while close contacts are being tested and isolating for 14 days.

Health Minister Brad Hazzard said hospital management “understood what needs to be done” and were satisfied with the handling of the outbreak so far. He said the hospital was well equipped to replace isolating staff.

A nurse who worked at Westmead Hospital in the COVID-19 ward has also tested positive for the virus but there are no cases yet linked to the health worker.

The nurse was vaccinated and is asymptomatic.

Chief health officer Kerry Chant said a reported case at the Chris O’Brien Lifehouse for cancer treatment in Sydney was being investigated because of an “inconclusive” result.

Meanwhile, Prime Minister Scott Morrison said relief is on its way for parents, who will no longer have to pay for child care they’re not using due to lockdown.

The state and federal governments on Tuesday revealed an extensive financial support package for workers and businesses across NSW.