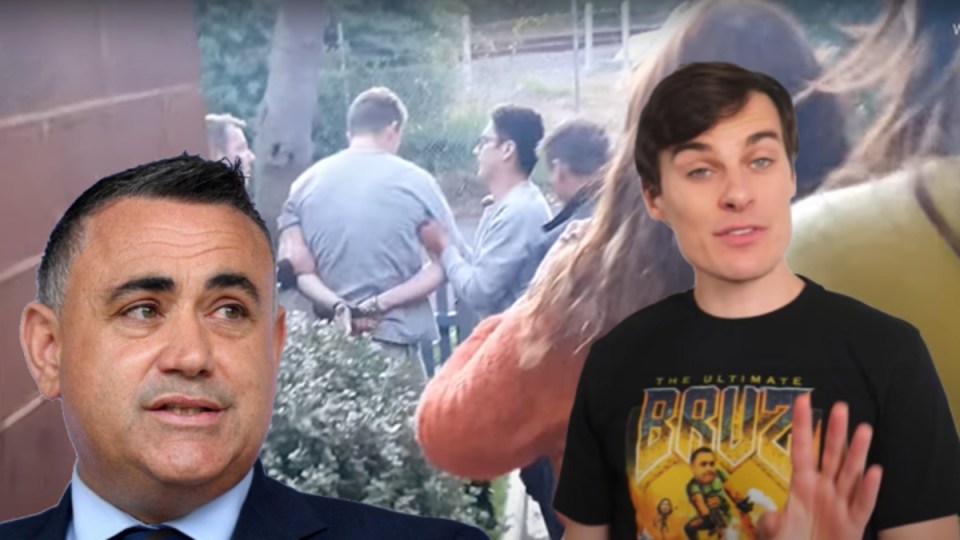 “Late and defective” court papers filed by entertainer friendlyjordies fail to explain why accusing a senior politician of perjury is justified, a court has been told.

Jordan Shanks-Markovina is being sued for defamation in the Federal Court over two videos viewed more than a million times on YouTube about NSW Deputy Premier John Barilaro.

“We are making a wholesale attack on the defence,” barrister Sue Chrysanthou SC, for Mr Barilaro, told the court on Friday.

“There’s barely a paragraph that will survive, given the lack of particulars.”

Mr Barilaro says the entertainer, known by the moniker friendlyjordies, unduly defamed him and subjected him to a “vile, racist attack” in YouTube videos published in September and October 2020.

In one video, the entertainer refers to Mr Barilaro as a “big, fat, wog c***”, “greasy Ned Kelly” and “a conman to the core, powered by spaghetti”.

The NSW Nationals leader, who is of Italian heritage, says the first video titled “bruz” insinuated he was a “corrupt conman” and had “so conducted himself in committing perjury nine times that he should be gaoled”.

The entertainer admits “bruz” carried those meanings, in a wider defence pleading contextual truth and justification, the court was told.

But he wants parts of the MP’s claim struck out as they concern the truth or otherwise of comments made before the NSW Parliament.

“Had we pleaded the particulars … we would have been met with the argument that those particulars infringe parliamentary privilege,” barrister Matthew Collins QC, for Mr Shanks-Markovina, told the court.

Mr Collins conceded the defence was filed and served three days late but said it caused no prejudice to Mr Barilaro.

The parties were in correspondence and the proper way forward was to have Mr Barilaro request the NSW lower house waive parliamentary privilege over his comments, he said.

But Ms Chrysanthou, describing the defence as “defective on its face”, said the case law was clear: full particulars first, questions of privilege second.

“Our issue is they’re not telling us the case against our client,” the defamation specialist said.

“He’s accusing a minister of the Crown of nine counts of perjury with not one particular.”

Mr Barilaro has also objected to the late service of the defence, requiring Mr Shanks-Markovina to apply for court permission to admit it.

That hearing on July 23 will also concern the entertainer’s want to strike out parts of the MP’s claim.

Mr Shanks-Markovina’s application for a jury to determine the defamation claims will be heard at a later date. Jury trials are the exception to judge-alone trials in the Federal Court.

Google is also being sued as the publisher of YouTube. Mr Barilaro is seeking judicial permission to serve the tech giant overseas.