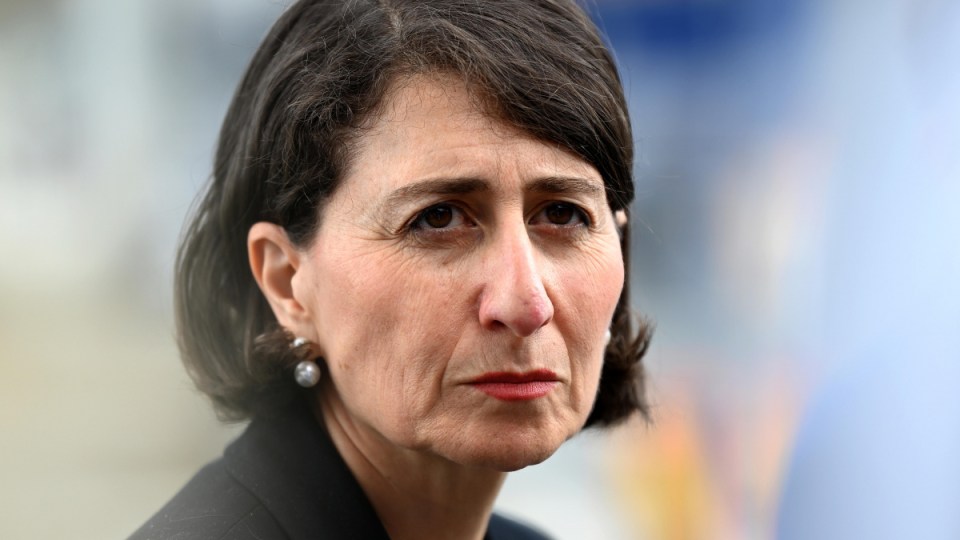 NSW Premier Gladys Berejiklian insists lockdown is having the “desired effect” despite the state recording 35 new COVID-19 cases — the biggest daily rise in infections this year.

The nation’s most populous state on Saturday recorded 35 fresh community cases linked to its current outbreak, which now numbers 261 cases.

Nine of the new cases were infectious whilst in the community and another three were partly in isolation before testing positive.

Despite the figures, Premier Gladys Berejiklian was adamant they indicate “green shoots” of hope that the Sydney lockdown – now halfway through – is working.

“If all of us continue to do the right thing, we’re able to leave the lockdown in a timely way. The next few days will be telling,” Ms Berejiklian said.

Nearly two thirds of the new cases – 23 – were in isolation for their entire infectious period.

While Sydney and surrounding regions remain under stay-at-home orders for another week, Brisbane and Moreton Bay residents have been given the all clear to exit lockdown from 6pm Saturday.

Premier Annastacia Palaszczuk thanked residents for their co-operation but stressed the state was “not out of the woods yet”.

She implored Queenslanders to wear masks and check in to any business or venue they attend, and also asked unvaccinated over 70s to restrict themselves just to seeing close friends and family.

The latest lockdowns, which were also in force briefly this week in Western Australia, the Northern Territory and other parts of Queensland, have affected around 12 million Australians.

As part of Prime Minister Scott Morrison’s four-stage reopening strategy linked to vaccination rates, premiers and chief ministers have agreed lockdowns would be used as a last resort.

National cabinet on Friday took a decision to lower the number of people allowed to enter the country each week from 6070 to 3035 from July 14.
About 30,000 Australians are still overseas and trying to get home.

Home quarantine is also expected to be trialled for fully vaccinated overseas arrivals, along with capped entry of students and economic visa holders.

The second phase will start when an undetermined percentage of Australians are fully vaccinated.

Mr Morrison said stage three would involve treating coronavirus like other infectious diseases including the flu with phase four the “back to normal” mark.

The halving of international arrivals has prompted strong criticism, with opposition leader Anthony Albanese saying it is a direct result of the failure to install an appropriate COVID-19 quarantine system and rollout the vaccine.

Mr Albanese criticised the prime minister’s poor planning on Saturday saying it was extraordinary that 18 months into the pandemic, Australia’s vaccine rollout remained in its infancy.

Labor had been calling for Australians overseas to be home by last Christmas and for commonwealth-arranged quarantine since last year, he said.

The looming drop in travellers has raised concerns among industry groups of worsening skills shortages.

Australian Industry Group chief executive Innes Willox said limits on international arrivals amounted to “turning off the tap of critically needed skilled workers” and should to be removed at the earliest opportunity.

Australian Medical Association president Omar Khorshid welcomed the roadmap but said the caps will exacerbate the shortages of doctors and nurses as well as other critical workers in Australia.

Meanwhile, Western Australia recorded no new local cases on Saturday and four cases in hotel quarantine. It’s the first day of interim restrictions for three days after a brief lockdown.

The Northern Territory has removed restrictions on West Australian travel from the Perth and Peel regions, as well as those from Queensland, except for Brisbane and Moreton Bay.

Victoria recorded no new local or overseas-acquired cases but the government issued a warning after five people received fines of just under $5000 for breaking quarantine rules.

Testing commander Jeroen Weimar said that after weeks of work to contain the latest outbreaks, his biggest fears are returned travellers failing to comply with restrictions and more leaks out of hotel quarantine.