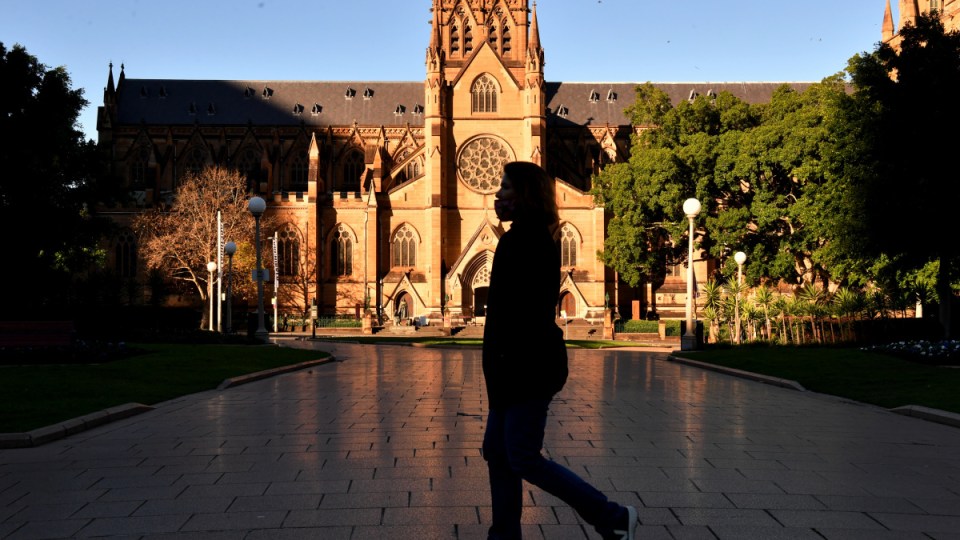 Millions of people in Sydney and its surrounds will remain locked down for at least another week. Photo: AAP

An expanded lockdown looks likely for Sydney after another 12 locally acquired COVID cases were recorded in NSW and exposure venues spread beyond the hotspot areas.

NSW Premier Gladys Berejiklian said health authorities were particularly concerned Saturday’s 12 new cases could not be traced back to those local government areas.

She foreshadowed further lockdown measures may be put in place to deal with the highly infectious Delta variant.

Seventeen new infections had already been reported, meaning there were a total of 29 locally acquired infections in the 24 hours to 8:00pm Friday.

Ms Berejiklian said a crisis cabinet meeting would be held on Saturday, and foreshadowed the seven-day lockdown – which began overnight – could be broadened to take in more local government areas in Sydney.

Ms Berejiklian will give a second COVID-19 update at 2pm this afternoon following the cabinet meeting.

“The case numbers have been consistent with what we experienced yesterday, but the one difference that we’ve seen in the last 12 hours is exposure sites emerging in areas outside of those (locked-down) areas and also the potential for people to have been infectious in those areas for a couple of days,” the Premier said.

The list of exposure sites now includes venues in the northern beaches, Lakemba and Auburn, and another two train routes added overnight on Friday.

Some 29 cases were recorded in the 24 hours to 8pm on Friday, 17 of which had already been announced, taking the cluster to 82 cases.

However the concern of health authorities is rapidly growing, as more than half were not in isolation during their infection period.

“What we’re finding is by the time we’ve got to some of those cases, they’ve already on-transmitted,” Chief Health Officer Kerry Chant said.

“That means there have been a number of people that have been infectious in the community unknowingly for a period of time.”

A new potential ‘super spreader’ venue has also been identified, with two cases linked to Great Ocean Foods at Marrickville.

Anyone who worked in, attended or was a customer at the seafood supplier’s Marrickville store from June 21 to June 25 is a close contact and must immediately get tested and isolate for 14 days, regardless of the result.

To “get ahead of the rings” of transmission, NSW Health has also taken the unusual step of declaring their household members close contacts too.

“Previously one or two people in the household may have had it. Now we’re seeing everybody get it,” the Premier said.

Anyone who directly received a delivery from Great Ocean Foods over the same period – and their household contacts – must immediately get tested and isolate until contacted by NSW Health.

Anyone who attended the venues at those times is a close contact and must get tested and isolate for 14 days.

Dr Chant appealed for Sydneysiders to use common sense and check the list of exposure sites every time they leave the house.

“Yes there are the orders but … can I just urge everyone to err on the side of caution,” she said.

“If you’re in doubt about whether you are in a public health order or you have restricted movements … just assume you are impacted.”

Health Minister Brad Hazzard also pleaded for patience and co-operation as authorities determine how best to reign in the outbreak.

“The Delta variant is proving to be a very formidable foe,” he said.

“No matter what defensive steps we’re taking at the moment, the virus seems to understand how to counter attack.”

Millions of people in Sydney are already in lockdown, with people who live or work in Woollahra, Waverley, Randwick and the City of Sydney council areas will not be able to leave home for a week except for essential purposes.

These include work or education, shopping, providing care or outside exercise.

The Australian Medical Association has been agitating for a broader lockdown of the entire Sydney basin, on Friday saying the current restrictions will not be enough to get on top of the outbreak.

Australian Chief Medical Officer Paul Kelly has also extended his declaration of Sydney as a hotspot, paving the way for Commonwealth support to be offered.

Coronavirus disaster payments of up to $500 kick in seven days after a hotspot is declared.

Eligible workers left without income in the seven local government hotspot areas will be able to access the one-off payment from July 1.

Treasurer Dominic Perrottet on Friday night also said he was looking at ways to provide support of affected businesses and workers.

Restrictions remain in place for other areas of Greater Sydney as well as the Central Coast, Blue Mountains, Wollongong and Shellharbour, while those who live or work in the Inner West, Canada Bay or Bayside council areas are still barred from leaving metropolitan Sydney.

‘Everybody on notice’: Broader lockdown looming for Sydney