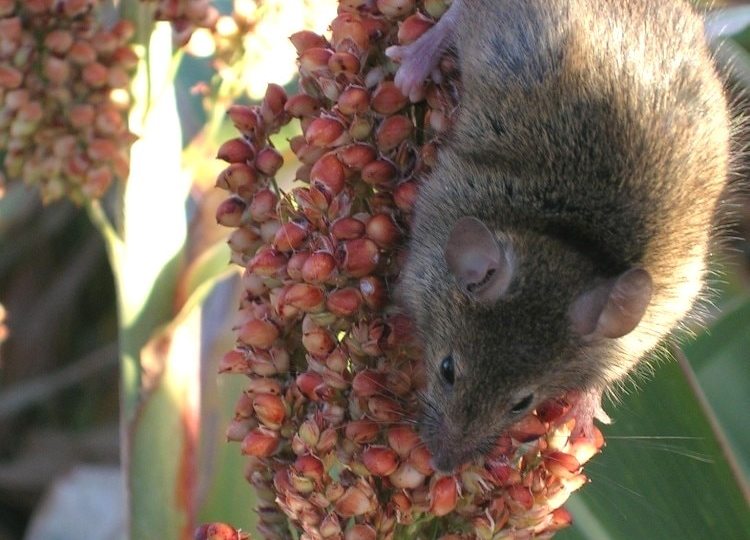 Mice can cause serious damage to both sorghum and corn crops at this stage of the year. Photo: Supplied/Julianne Farrell

The NSW government has announced $50 million in funding to tackle the ongoing mouse plague, days after two of the state’s most influential rural lobby groups labelled it an ‘economic and public health crisis’.

The Country Women’s Association’s and NSW Farmers called on the Minister for $25,000 rebates for farmers, but Mr Marshall said his solution is more simple.

“We won’t be proving rebates, we’ll be providing free baits to all primary producers,” he said.

Eight grain treatment stations will be set up across regional NSW.

“Where farmers will be able to bring their grain in, we’ll purchase the poison, we will treat their grain absolutely free of charge, using the most powerful poison that we can get our hands on.

“There is no paperwork, they can just show up.”

The NSW government has sought ‘urgent approval’ from the APVMA to give them access to the strongest bait in the country, bromadiolone, which Mr Marshall is confident will be granted.

“It’ll be the equivalent of napalming mice across rural NSW.

“This chemical, this poison will eliminate mice that take these baits within 24 hours.”

The plague has seen people bitten, crops decimated and budgets stretched in a bid to combat the growing problem.

Today’s announcement also offers eligible households rebates of $500 and small businesses $1,000, for the purchase of baits.

It will also fund research to develop a biological control for mice.

“This plague has gone far beyond just impacting primary producers in the paddocks… but also affecting people’s mental health in their homes, both on farms and in town, and small businesses as well.

“The government will be providing $1000 rebate for each small business and $500 rebates for each eligible household both in town and on-farm, to help them with the cost of the purchase of baits.

Mouse plague support package will be the ‘equivalent of napalming mice’