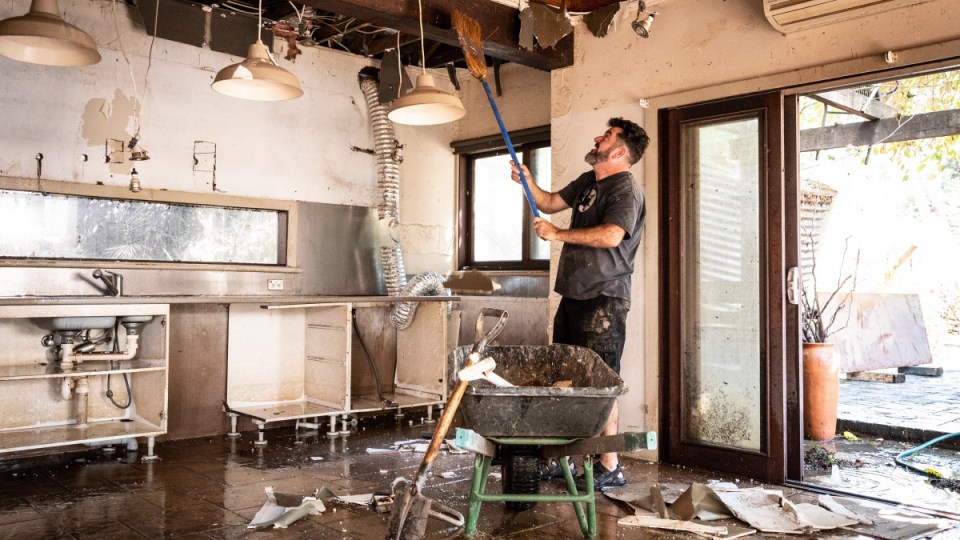 Tens of thousands of people across NSW have been given the all-clear to return to their flood-ravaged homes to start mopping up and rebuilding.

However more than 8000 residents were still cast from their homes on Friday evening as evacuation orders remained in place in certain areas.

Flooding has eased in many parts of the state but orders remain around Moree and the Hawkesbury-Nepean Valley in northwest Sydney.

Those returning to their flood-damaged homes should first check for damage to the roof and walls and ensure the power and gas are off, the SES said.

The SES has also started assessing the damage in affected areas, with at least 75 properties so far declared potentially uninhabitable.

The Bureau of Meteorology’s Justin Robinson said the situation across the Hawkesbury-Nepean Valley should ease by Monday and river levels in Moree were quickly dropping.

But Mr Robinson warned that although the sun was out, people should still avoid flooded rivers and be careful this weekend.

“Having high rivers, a sunny weekend, children playing … is a pretty dangerous combination,” he said.

The SES said there had been 12,500 requests for help since last week and 1000 flood rescues.

About 500 SES volunteers remain in the field, supported by hundreds of soldiers who have made their way down from Queensland to help with the clean up.

Prime Minister Scott Morrison said the floods had washed away a “way of life” for many regional businesses, who face another round of rebuilding after last summer’s bushfires.

The federal and NSW government will each pay 50 per cent of flood recovery costs.

Grants of up to $75,000 will be available to affected primary producers while small businesses can access up to $50,000.

The search for an elderly woman continues after police pulled her car from the swollen Barrington River on Thursday.

Meanwhile everything from bandicoots to tiny turtle hatchlings have been washing up dead in NSW, with wildlife rescuers fearing populations already ravaged by prolonged drought and catastrophic bushfires will plummet further.

As the waters recede, calls to help injured wildlife are flooding in.

“We’re even getting reports of bull sharks attacking cattle in the floodwaters.”

Orphaned animals are coming in hard and fast, as are many animals with hypothermia, shock, pneumonia and exhaustion.

“We won’t really see the true impact for a few days (but) we anticipate there will be an influx of animals coming in,” Ms Sharrad said.

Ground-running and burrowing animals like echidnas and wombats are particularly vulnerable, but tree-dwelling animals haven’t been spared.

One mid north coast resident found a Eastern pygmy possum curled up in torpor – a coma-like state – in one of her pot plants.

That tiny critter, which weighs less than a golf ball and is declared vulnerable in NSW, is one of the luckier ones though, John Grant says.

It, and many of the animals that survived the floods, will recover without intervention.

“Some of them might need fluids, but most of them will come good of their own accord.”

Thousands of people return to flood-damaged homes, but the threat remains for others