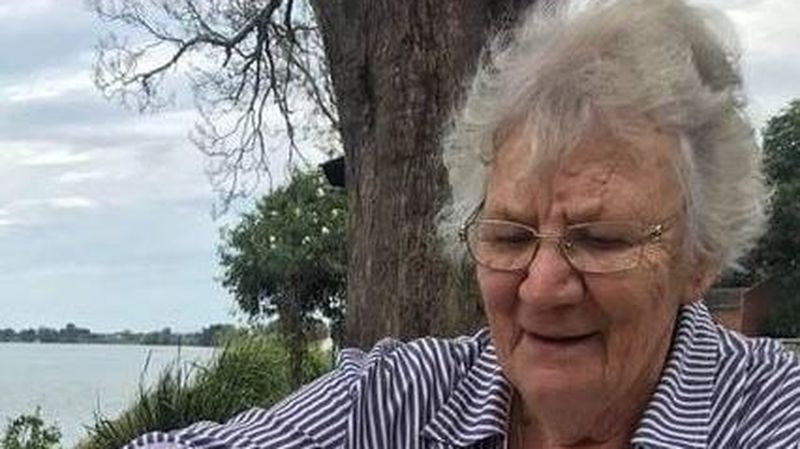 The search for a woman missing on the flood-hit NSW mid-north coast has intensified after police pulled her car from a swollen river.

Adele Morrison was last seen at a shopping centre in Gloucester after leaving home in Port Macquarie on March 16.

Police found the 78-year-old’s car partially submerged in the Barrington River on Thursday but Ms Morrison was not inside.

“With the assistance of SES, the car was extracted from the water,” a spokeswoman for NSW Police said.

“We’re continuing to make inquiries to locate her and urge anyone with information to come forward.”

The search for Ms Morrison came as the number of NSW residents remaining shut out of their homes by heavy flooding falls to below 9000.

The SES has started assessing damage in flood-affected areas of NSW after most rivers peaked across the state and evacuation orders slowly lift.

Some 1300 homes across the state have been assessed for damage, with 75 declared “potentially uninhabitable”.

The SES intends to assess about 600 properties in Penrith using aerial reconnaissance with a remote-piloted aircraft and teams on the ground.

By Friday, 76,000 NSW residents had either been allowed to return home or otherwise released from evacuation warnings.

Most remaining evacuation orders are around Moree and the Clarence River in northern NSW and the Hawkesbury-Nepean Valley in north-west Sydney.

“We clearly want to get people back into their homes as soon as possible where floodwaters are receding,” SES spokesman Phil Campbell said.

About 500 SES volunteers remain in the field.

“The clean-up now begins. The sun’s out. The water’s receding. [But] there is going to be more difficulty ahead, particularly for primary producers,” Mr Morrison said.

He said the federal government would share the cost of cleaning up the devastation with NSW government. That would include grants of up to $50,000 for businesses and $75,000 for primary producers.

He described the cash handouts as “a message of hope”.

“We will carry this load together as we have already carried so many other loads together over the last few years,” Mr Morrison said.

Ms Berejiklian said she thought many of those who had lost homes and livelihoods were probably still in shock. But she also thanked the PM for the federal government’s support.

“It means that we can really kick in that support for many who are doing it tough. We have seen many businesses up close and personal, seen what they have lost,” she said.

“No matter where I have gone today, I have been struck by people saying thank you to each other. Even though they are going through the most horrible time.

“I met volunteers today in Port Macquarie who lost their homes but were there helping others. That is the kind of spirit that makes us proud.”

Flood evacuation orders were lifted in several areas of north-western Sydney late on Thursday, including South Creek at Mulgrave and the Hawkesbury River from Wisemans Ferry to Brooklyn and in Vineyard.

Major flooding continued on Friday morning at Maclean in the northern rivers region, while the situation in Grafton and Ulmarra has eased.

The sheer volume of rain that fell across the state will take some time to work its way through river systems, hydrologist Victoria Dodds said.

Ms Dodds said flood warnings would likely remain in force across the state, particularly in inland areas, for several days.

Earlier, Ms Berejiklian again pleaded with people to stay out of floodwaters after two drivers died trapped in their cars.

A man died in Glenorie in north-west Sydney on Wednesday. The body of another man was found submerged in a ute in Queensland’s south-east.

Fire and Rescue NSW have also rescued three people who were swallowed by a sinkhole near the Mehi River in Moree, where major flooding is occurring.

The flooding has dealt a savage blow to drought-stricken farmers by destroying their first decent crop in years.

Farms have been inundated, destroying millions of dollars worth of crops on properties beside the Dumaresq River along the Queensland and NSW border.

“All of our cotton is either in water or completely submerged,” said cotton farmer Daryl Cleeve.

Mr Cleeve lives at Mascotte, 10 kilometres from the border town of Texas. He he said on Wednesday the flood destroyed his entire 300-hectare crop.

“It will be a complete write-off,” he said.

Mr Cleeve’s crop would have been worth up to $2 million. It was his first decent crop after years of crippling drought.

The area where the Cleeves farm on the Dumaresq River is part of the Goondiwindi Regional Council.

The region has been drought-declared since 2014 and had its last major flood in 2011.

Farming on the same river system but just upstream from Texas, Dennis Rush had 137 millimetres of rain fall on his property in just 24 hours. It destroyed almost 150 hectares of irrigated cotton.

“It’s done considerable damage to our farming country,” he said.

“It has also done a lot of good to underground water sources and to our trees and just the overall health of our country.

“We’ve just copped two floods in a decade, which is unfortunate especially when it has been split in half by the worst drought on record.”