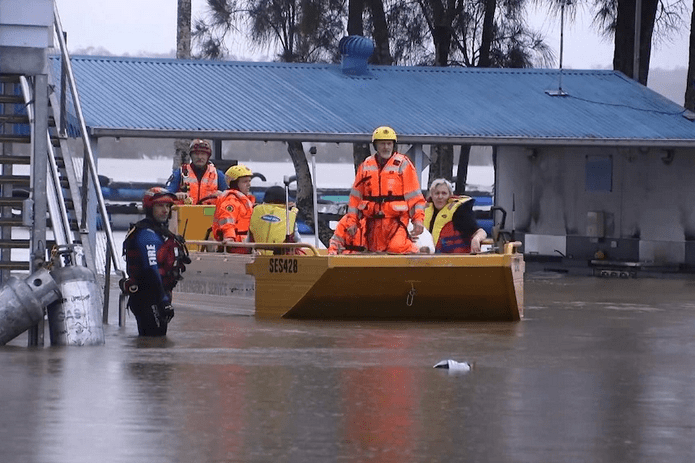 Three evacuation orders were issued in NSW as of 10:00pm Friday night as the state was battered by wild weather and heavy rain.

The State Emergency Service (SES) has warned residents in the Mid-North Coast, Hunter, Illawarra and Central Tablelands region to move to higher ground.

David Webber from the State Emergency Service (SES) said they expected evacuations to be going into the night although they were hoping that most people had already left.

“The challenges we are facing is that there are multiple evacuations across our northern zone at the moment, resourcing is quite a challenge,” he said.

“We are asking communities to be aware of the flood risk to listen to the advice when it comes out.”

Mr Webber warned that more evacuation orders were likely given the number of rivers that have overflowed.

“We’ll see how the rainfall happens, and what the rivers do in these locations whether we issue further orders. We’re looking around Wauchope, it will be dependent on river height and consequences in those areas.”

The Bureau of Meteorology (BOM) said that a flood peak due to the high tide was expected at Laurieton on the Mid-North Coast on Saturday morning, exceeding a record set in 1978.

As at 9.30pm on Friday the BOM had issued major flood warnings for:

While minor flood warnings were issued for:

As at 4:00pm on Friday, Utungun recorded the highest level of rainfall in NSW, 239 millimetres, with Wauchope, Kempsey and the Upper Rollands Plain also recording strong falls.

Bowraville was hit with 124 millimetres in just one hour.

Meanwhile, Sydneysiders have been urged to stay indoors on Saturday as “dangerous and threatening” rain is expected to cause flash flooding.

Up to 100 millimetres of rain is expected to hit the city as the weather system, which has already caused significant flooding on the Mid-North Coast, tracks south.

The BOM’s Agata Imielska said the falls in Sydney would be significantly more intense than in recent days.

“This will be the difference between what could seem like inconvenient rain, to actually something that might be quite dangerous and threatening,” she said.

“It is really important for Sydneysiders to be mindful about reconsidering their plans.”

“We’re particularly concerned about those catchments in the broader Sydney area, and also in the Sydney metropolitan area where we might see quite significant flash flooding,” he said.

“We’ve got a flood watch current for both the Nepean and Hawkesbury rivers, we’re expecting that to be around the moderate level, but even higher flood levels are possible.

“Some of our modelling does indicate that we’re likely to see a spill from Warragamba Dam and that will then impact those communities downstream.”

“We’re seeing rainfall totals of over 100 millimetres falling in about an hour, so that is very dangerous.”

Steve Lawrence from the SES said residents should stay across alerts.

The rainfall is expected to continue into Sunday but will begin easing before another rain event is due to impact inland parts of the state early next week.