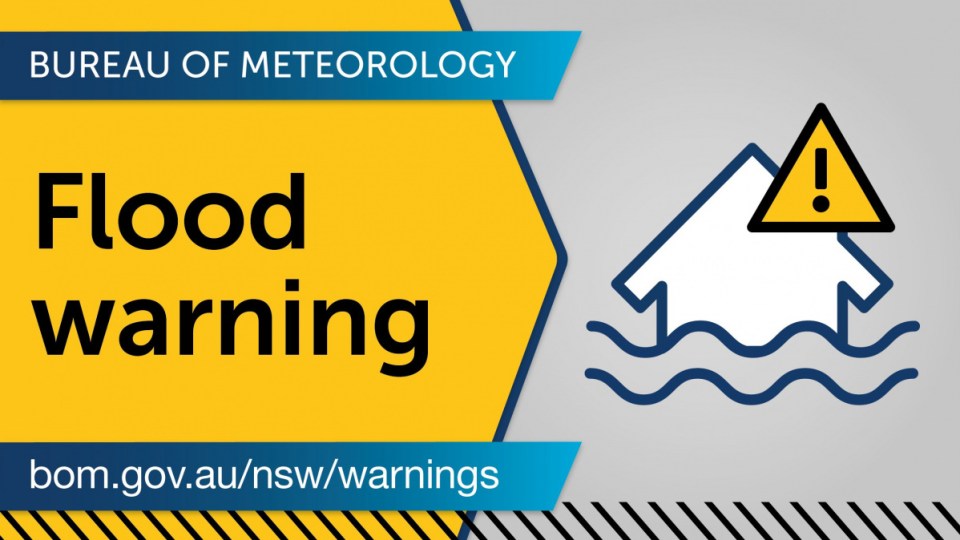 More rain is forecast for the NSW coast and other parts of the state. Photo: BOM

Heavy rain lashing the NSW coast from the Illawarra to the Mid-North Coast has sparked flood warnings for multiple areas, including Greater Sydney and the state’s Far West.

Overnight on Thursday, up to 100mm of rain fell across the regions sparking hundreds of call for help.

In the past 24 hours, SES crews have undertaken 11 flood rescues, three of which were in western Sydney.

More heavy rain, thunderstorms and damaging winds are forecast on Friday and into the weekend, heightening the risk of flash flooding and hazardous surf and heavy swells.

The biggest risk is on the Mid-North Coast where the Orara, Bellinger and Hastings rivers are being closely watched ahead of expected minor to moderate flooding on Friday.

The Georges, Nepean and Hawkesbury rivers in the Sydney region are also expected to be affected.

Emergency services have warned conditions will remain dangerous and are telling motorists to take “extreme care” around flood warning areas.

The deluge is set to continue well into next week and could deliver the heaviest rainfall since February 2020, when Greater Sydney was hit.

The Mid-North Coast copped the worst of the conditions on Thursday, as a low-pressure system continued to move south to the Hunter, Illawarra and Sydney.

Catchments are already soaked but it won’t take much more for flooding to occur, the Bureau of Meteorology’s Agata Imielska said.

“It’s the difference between being inconveniently wet to conditions drastically changing to being dangerously wet,” the meteorologist said.

The bureau said the low-pressure system was a “significant system” bringing peak gusts of more than 90km/h.

Forecasters say more than 100mm of rain is expected to fall in a short period of time in some regions.

“We’re very concerned about the potential for flooding along the coastal rivers from the Mid-North Coast down to Sydney,” bureau flood operations manager Justin Robinson said.

NSW State Emergency Service chief superintendent Greg Swindells said drivers should reconsider their travel, and must not drive through floodwaters.

“The people that enter those floodwaters in their vehicles are people that are local to the area and think that ‘I know the road better and I’ll be okay’,” he said.

“That’s not the case … it doesn’t matter how experienced you are as a driver or how big your vehicle may be.”

Inland NSW is also expected to get its share of the rain when a separate system moves in next week.