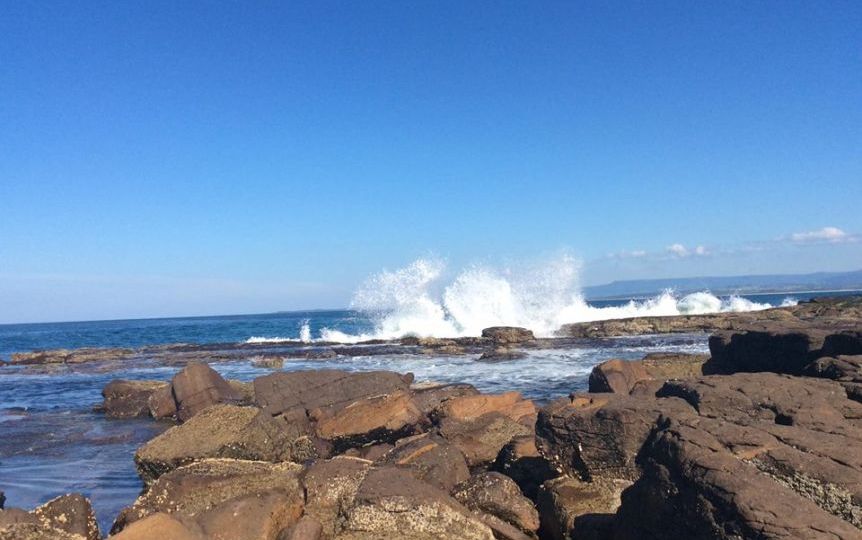 Five men were swept off the rocks at Hill 60 last night but two managed to scramble to safety. Photo: Supplied

Three people have died after being swept into the surf by a large wave at Port Kembla, south of Wollongong.

Police are continuing to sweep the foreshore in case any more people were taken out to sea.

NSW Police said a group of people were standing on rocks near an area known as Hill 60 when a large wave knocked them into the water just after 10pm on Friday.

A police search with rescue helicopters and local lifeguards led to three bodies being pulled from the water on Friday evening.

The men have not been formally identified, but police believe two of them, aged 45 and 49, are from Green Valley, in Sydney’s west.

The other is believed to be a 69-year-old from Campsie, in Sydney’s south-west.

The two men from Green Valley were from the same family while the 69-year-old was not related.

Police said the men have not yet been formally identified and post-mortem examinations will be undertaken to confirm exactly how they died.

Two other men were swept into the water at the same time but made it to land safely.

“[This is] a timely warning to everybody, the location that people do fish on these outcrops where it is very close to the sea and on a point or headland, unfortunately the weather does change [and] sometimes the waves can become quite dangerous for those on the surface of the rocks,” he said.

Three die after being swept into NSW surf