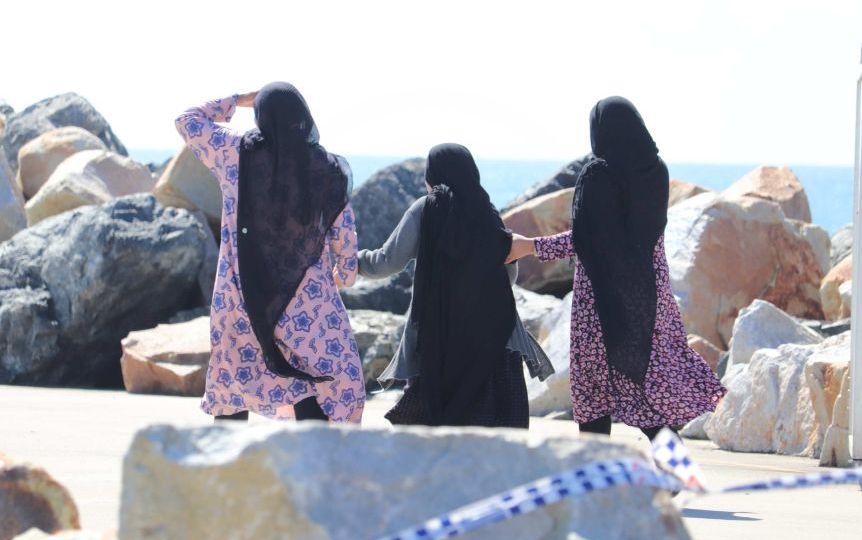 The man's family members have been at the site of the breakwall helping with the search. Photo: ABC News/Claudia Jambor

The family of a man who was swept off a breakwall on the NSW Mid-North Coast have found his body among rocks after a challenging two-day search.

The 20-year-old man was last seen walking on a breakwall at Coffs Harbour around 6:00pm on Thursday when a large wave struck.

Coffs-Clarence Police District Inspector Joanne Reid said family and friends spotted his body in between rocks at the south end of the breakwall at around 9:30am today.

An extensive rescue team had been searching a large area of the ocean since Thursday night but their efforts had been hampered by big seas and difficult weather conditions.

Family friend Amina Ibrahim said the man’s mother was in a state of shock and had been in and out of consciousness since the body was found.

“The family is dying here because they are stressing so much … they haven’t slept,” she said.

Ms Ibrahim said it was disappointing family members were the ones who discovered the body and expressed frustrations about the police search.