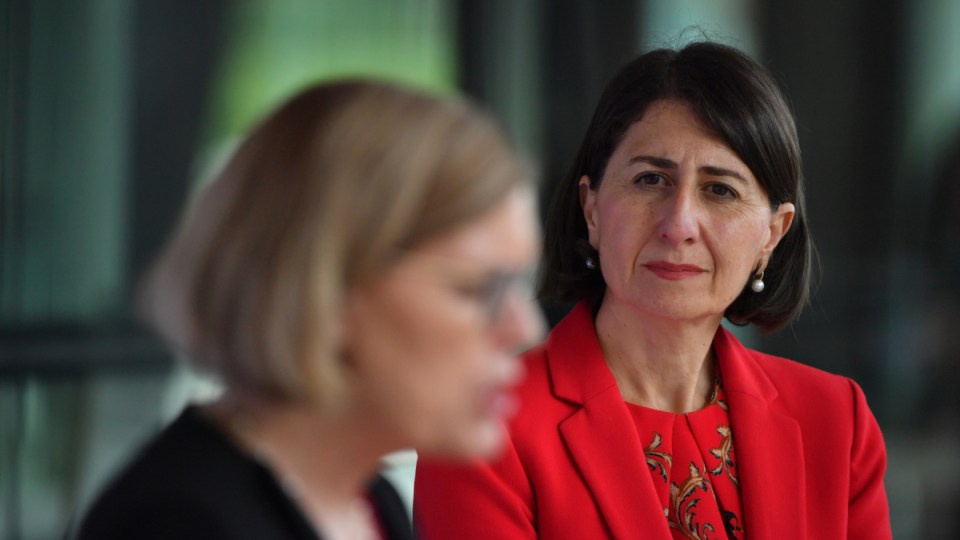 Eight of the nine cases were connected to the Northern Beaches cluster, Ms Berejiklian said.

Six of which were household contacts of prior cases – while the ninth case “could be false positive”.

“We know today the strategy we have in place is working and I want to really thank everybody for trying so hard and working so hard during what is often a time when we are all coming together.”

Ms Berejiklian said outdoor gatherings of five people on the northern end of the northern beaches would be permissible from Sunday, despite the re-imposition of the pre-Christmas stay-at-home orders.

On the southern end of the Northern Beaches, in suburbs such as Manly, outdoor gatherings of up to 10 people would be permitted.

Ms Berejiklian also announced the restrictions across the northern beaches which had been relaxed slightly across Christmas would from tomorrow revert to the previous stay-at-home provisions.

The provisions will run from midnight tonight to midnight on December 30.

Health Minister Brad Hazzard expressed his frustration at images of backpackers partying at Bronte yesterday, saying he hopes it does not become a superspreader event.

“People in the Northern Beaches have been doing their part big-time to keep not only themselves but the rest of Sydney safe. It is absolutely appalling to see what was clearly a group of people, a large gathering of people who didn’t give a damn about the rest of Sydney.”

Sydneysiders, meanwhile, have been urged to think twice about attending Boxing Day sales over fears of COVID-19 transmission.

It came as passengers on a regional flight and people lining up for Santa photos in the CBD were among the latest groups to be placed on alert.

People on flight ZL6469 from Sydney to Griffith, in NSW’s Riverina region, departing at 2.10pm on Monday are considered close contacts of a virus case.

People who attended a Santa photo setup on level three of Sydney’s QVB building between 10.15am and 11am on Wednesday should monitor for symptoms, and get tested and isolate if they appear.

Many Sydneysiders made do with smaller Christmas celebrations on Friday because of restrictions on family gatherings.

Ms Berejiklian on Friday discouraged people from going to the CBD for Boxing Day sales. But the premier implored anyone who did venture out to wear a mask, use hand sanitiser and practice social distancing.

Police from the NSW public order and riot squad were called to help break up a large crowd at a park at Bronte in Sydney’s east on Christmas afternoon.