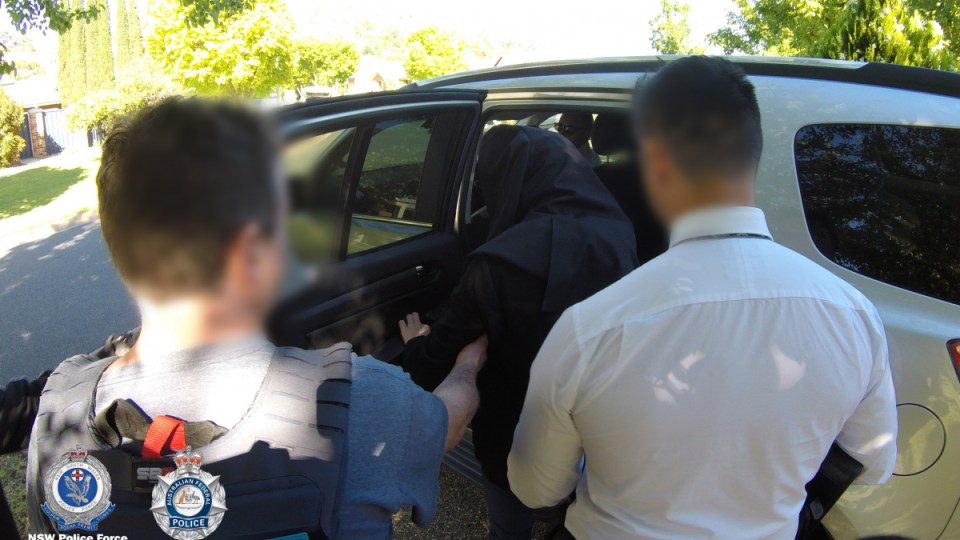 The 18-year-old was arrested in the Murray River town of Albury on Wednesday. Photo: AAP

A NSW teenager with alleged extreme right-wing views is facing terrorism-related charges with police saying he supported and wanted to be involved in “a mass casualty event”.

A joint investigation between the Australian Federal Police and NSW Police began in August, culminating in the 18-year-old’s arrest in Albury, in the state’s south, on Wednesday.

Assistant Commissioner Lee said bomb-making instructions were shared online “which he has sought to provide to others as part of his activities to urge others to commit terrorist acts and violence against community members”.

The decision to arrest the teen came after an “escalation of this male’s behaviour, which continued right up to this morning”, Assistant Commissioner Lee said.

“A couple of days ago what we observed was an escalation in the tone, which went to a support of a mass casualty event, and potentially his involvement in that event,” he said.

“There was a post in the very early hours of this morning that actually expressed support for a previous mass casualty shooting that had occurred internationally.”

Assistant Commissioner Lee said it was not the Christchurch attack, in which 51 people were shot dead in two mosques, although the teen had “expressed support for the ideology of the individual who committed that attack”.

However, a specific attack had not been planned, Assistant Commissioner Mark Walton added.

When asked about the possible reasons why a teenager could be drawn to extremist ideology, Assistant Commissioner Walton said it could be linked to disengagement from society.

“They’re disengaged from the mainstream society; they’re hero-worshipping people that we would suggest in history that should be forgotten.”

When asked about what type of people the 18-year-old was allegedly expressing extremist views about, Assistant Commissioner Walton said “almost anyone that didn’t look like him”.

It comes as Home Affairs Minister Peter Dutton agreed to launch an inquiry into extremist movements in Australia.

Calls came from his Labor counterpart Kristina Keneally for a review of Australia’s terrorism laws to ensure they are equipped to respond to the growing threat of right-wing extremism.

Parliament’s Joint Committee on Intelligence and Security will investigate the motivations, objectives and capacity for violence by extremist groups including right-wing and Islamists groups.

The inquiry will report back with its findings in April 2021.

NSW teenager arrested, to be charged with terrorist offences