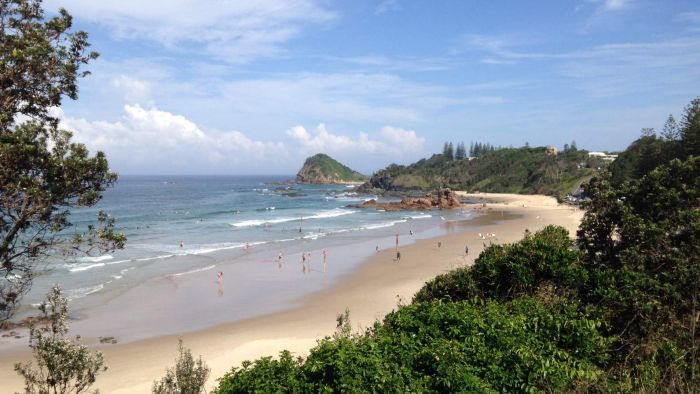 A teenager was attacked by a shark off the mid north coast of NSW. Photo: AAP

A teenager is in hospital with injuries to his foot, finger and upper leg after he was attacked by a shark off the New South Wales mid north coast on Monday morning.

NSW Ambulance said the 13-year-old boy was bitten by a shark while surfing off Town Beach in Port Macquarie around 6am.

Paramedics treated the teenager for bite wounds to his foot, finger and upper leg and took him to Port Macquarie Base Hospital.

The ABC reported lifeguards believed the shark was a small shark species.

“Amazingly, he was in fairly good spirits when our crew arrived and local surf lifesavers did a great job looking after him when he first came out of the water,” Ms George said.

“I’d say this young man will have a few stories to tell his mates when he’s well enough to return to school.”

Lifeguard supervisor James Turnham told the ABC the boy seemed to be in good spirits when he was loaded into the ambulance.

“I don’t believe the injuries are life-threatening or anything, just a bite to his ankle and finger,” he said.

“When he left in the ambulance he had a smile on his face, so that’s a good thing.

“We’ve just closed Town Beach, probably for the day at this stage.”

It is the second shark attack at Port Macquarie this year.

A 35-year-old woman was badly mauled in an attack while surfing at Shelly Beach in August and was saved by her husband who punched the shark until it let go.