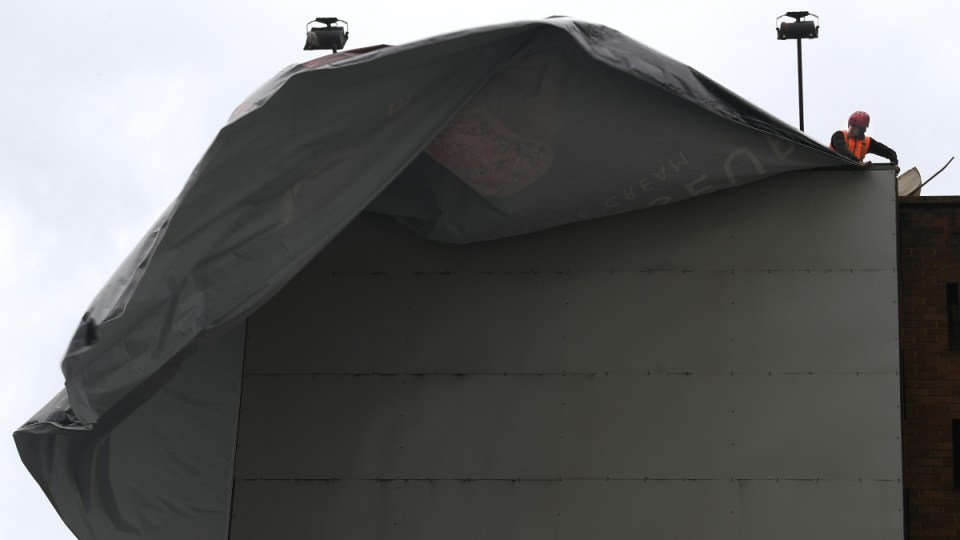 Wild weather is on the way for the NSW central and southern coasts. Photo: AAP

Severe storms are expected to batter NSW and Queensland this afternoon, with hail, flash flooding and damaging winds expected.

NSW has been pelted by rain and wind since last Friday but one more day of miserable conditions is forecast for Saturday.

Severe storms are expected for the southeast of the Sunshine State today, with the strongest likelihood of storm activity in the afternoon.

The Bureau of Meteorology on Saturday issued a warning for severe thunderstorms along the entire NSW coast and as far inland as Dubbo, with large hail, heavy rain and damaging winds expected.

An urgent warning was issued around midday for areas in Sydney’s southwest – Camden, Campbelltown, Sutherland, Liverpool, Helensburgh and Bundeena – with the storm forecast to track over waters off Stanwell Park and Thirroul by mid-afternoon.

Parts of Sydney have already been showered in hail and the Bureau of Meteorology has warned there may be more to come as a low pressure system moves over the state.

Flash flooding is expected all along the coast, with the bureau warning it could be life-threatening near Goulburn, Yass and Young.

Massive rainfall totals have already been recorded across the state on Saturday morning, with Ulladulla on the south coast receiving 109mm in only three hours.

A flood warning has also been issued for Wamban in the south, with the Deua River expected to swell to 4.4m on Saturday afternoon.

The low pressure trough causing the weather will head east during Saturday, bringing showers to many areas and the risk of hail and strong winds to parts of the mid north coast and Northern Tablelands.

“There’s going to be fairly significant weather this weekend (but) the good news is that as we move into next week … we’ll start to see a bit of an easing of conditions, which we haven’t seen through NSW in probably a week or so,” BOM forecaster David Wilkie said on Friday.

Meanwhile, Queensland has been hit with golf ball-sized hailstones as dangerous supercell thunderstorms move across the state’s southeast.

Severe thunderstorms are forecast to rapidly develop along the Great Dividing Range throughout Saturday afternoon and push towards the coast.

Hail fell at Gatton and Adare, west of Brisbane, the Bureau of Meteorology said, and damaging winds and torrential rain that could lead to flash flooding were also likely.

“Very dangerous thunderstorms … supercell thunderstorms that could lead to giant hail and destructive wind gusts in excess of 125km/h.”