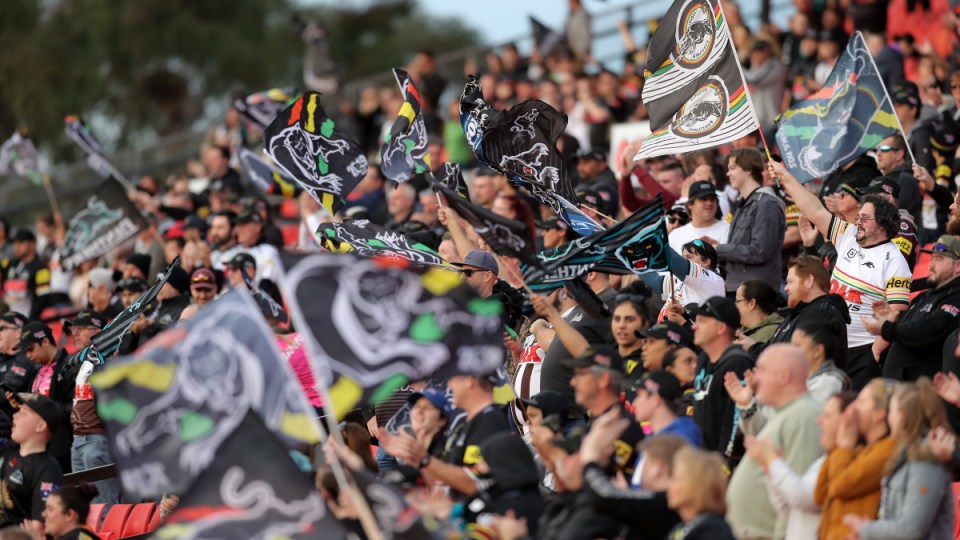 Penrith Panthers have been fined $10,000 after excited fans were seen mingling, hugging and drinking while standing at the club during last Sunday’s National Rugby League grand final, in breach of COVID safety orders.

NSW Liquor and Gaming said footage showed the club’s patrons “couldn’t contain their enthusiasm”, but the behaviour was “not fair” on the club, its staff or the community.

“We expect better behaviour from patrons who need to be aware of the rules when attending a venue,” Liquor and Gaming director of compliance Dimitri Argeres said.

“At the same time, venues need to make sure they are adequately implementing their safety plans particularly when higher patron numbers are expected due to special events.”

The Olympic Stadium was also fined $5,000 for public health order breaches during the grand final after people gathered together on the stadium’s balcony to watch the game.

Two other venues at Sydney Olympic Park, the Brewery at the Novotel and the Locker Room were also fined $5,000 for breaches.

Liquor and Gaming warned that COVID transmission was still a risk at sport finals, school formals and party season functions for Christmas and New Year.

“These are all events where caution can be forgotten,” Mr Argeres said.

“But don’t forget life isn’t quite back to normal yet and if we want to enjoy summer with our friends and families, we need to keep COVID transmission low.”

Meanwhile, Cabramatta High School in Sydney’s south-west is closed for cleaning after a student tested positive to COVID-19 yesterday.

Staff and students have been advised to self-isolate.

HSC exams at the school were not affected, although those taking tests on Monday will be contacted about arrangements for exams that day.

Another locally acquired case reported yesterday was for a child who attended the Flip Out Prestons Trampoline centre.

NSW Health said anyone who visited the trampoline centre on Sunday, October 25 between 11:00am and 2:00pm is now considered a close contact and must get tested straight away.

Anyone who went to Flip Out on Sunday, October 25 after 2:00pm is now considered a casual contact and must monitor for symptoms.

People are being advised to give out individually wrapped lollies, and avoid sharing masks and costumes.

Anyone who is sick or in self-isolation is reminded not to open the door for trick-or-treaters.