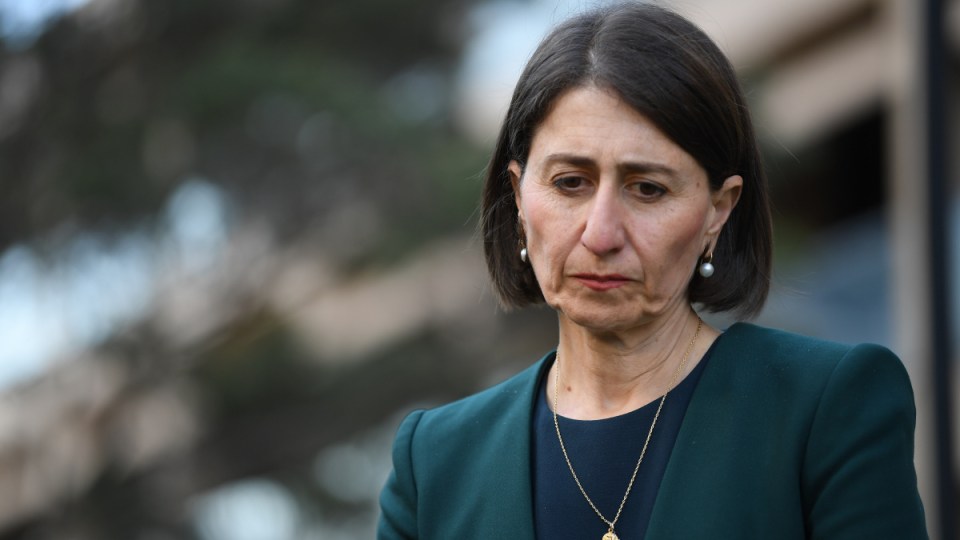 It has been a bruising few days for NSW Premier Gladys Berejiklian. Photo: AAP

NSW Premier Gladys Berejiklian has received the backing of senior federal ministers after the state Opposition accused her of being a “sounding board for corruption”.

The accusation was made by state Labor Leader Jodi McKay in Parliamentary question time on Thursday.

“I don’t think you could find anybody more honourable or decent than Gladys Berejiklian,” Mr Dutton told Nine Network.

“It’s a time for NSW to get behind her.”

“Gladys Berejiklian has been up front,” she told Nine Network.

“I have been very pleased with the level of support that has been offered to Gladys.”

It has been a humiliating week for the NSW Premier.

On Monday she was compelled to go public about her long-term connection to ex-Wagga Wagga Liberal MP Daryl Maguire who is being investigated by the state’s Independent Commission Against Corruption (ICAC).

The very private Ms Berejiklian was grilled by the anti-corruption body  about Mr Maguire and revealed they had been partners since 2015.

This included the period in 2018 when the 61-year-old Maguire – who had represented Wagga Wagga since 1999 – was forced out of Parliament after an earlier ICAC commission heard evidence he had solicited secret commissions.

Ms Berejiklian told the ICAC she pulled the plug on her contact with Mr Maguire in August this year before facing the media to admit she had “stuffed up in my personal life”.

“I trusted someone who didn’t deserve to have my trust, and I’m deeply regretful of that,” she said.

The news of her romance with Mr Maguire sent shock waves through state coalition government and her ministers quickly closed ranks to back her leadership and head off calls for her to resign.

Earlier this week, Mr Maguire, who faces a third day of grilling by the ICAC on Friday, openly admitted to the inquiry he had used his Parliament house office for personal business deals.

He confessed he had used his taxpayer-funded staff, email and facilities for his business deals and received deliveries of thousands of dollars of cash to his office.

The money was associated with a scheme that involved securing Australian visas for Chinese nationals.

Mr Maguire also admitted to secretly directing a company called G8way International, a central focus of the inquiry, and a vehicle the then-MP used to make personal profits.

Ms McKay in question time referred to phone conversation intercepts, played at the inquiry, in which Mr Maguire can be heard telling the Premier about his $1.5 million debt and business interests.

Mr Maguire told the ICAC Ms Berejiklian was one of the few people with whom he could discuss these issues.

He admitted to the commission he had organised a “drop-in” between a property developer and Ms Berejiklian in 2017, after the men had “a couple of drinks.”

“The Opposition can clutch at any straws they like – the truth is I’ve done nothing wrong,” she said on Thursday.

The Premier on Wednesday survived two opposition no-confidence motions after bruising debates in both houses of Parliament.