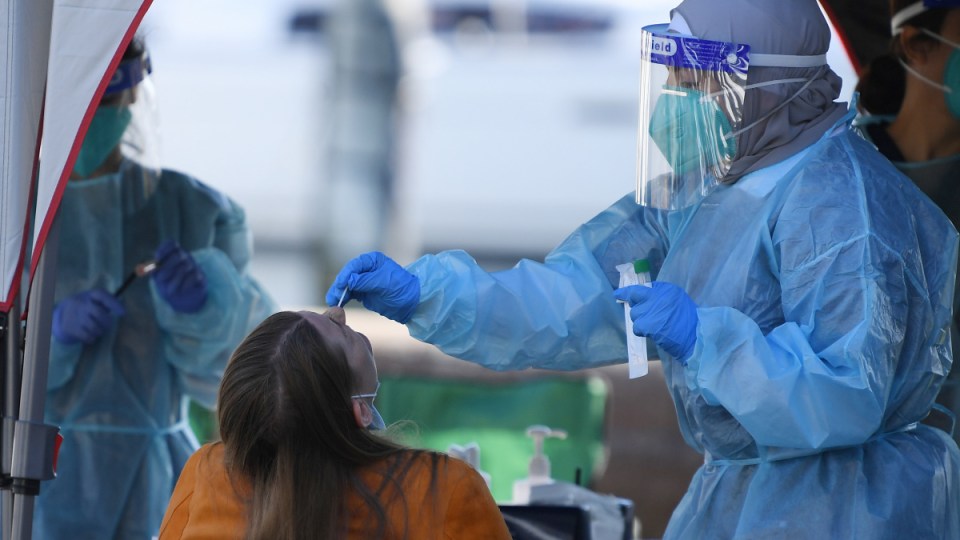 NSW has gone more than one week without any locally-acquired COVID-19 cases.

Only one new infection was recorded in the latest reporting period – a returned traveller in hotel quarantine.

However health authorities are trying to track down almost 50 people who shared a flight to Sydney with an infected Victorian traveller.

The passenger travelled on Jetstar Flight JQ510, which left Melbourne at 11am last Sunday, and tested positive on their second day in quarantine.

They are believed to have been infectious while travelling.

NSW Health says there is no ongoing risk to the public and most of the flight’s passengers are already in mandatory hotel quarantine.

Authorities are contacting 47 crew and passengers who travelled with special permits or quarantine exemptions.

“Those deemed close contacts of the case have been advised to immediately get tested and isolate for 14 days and stay isolated for the entire period, even if a negative test result is received,” NSW Health said.

NSW Health’s Christine Selvey said despite the promising situation NSW was in, the virus may still be circulating in the community.

“If you’re unwell, get tested and isolate right away. Do not delay,” Dr Selvey said.

Despite NSW’s streak of zero community transmission, the border between Queensland and NSW won’t reopen until November 1.

Queensland Premier Annastacia Palaszczuk says the hard border will lift the day after Queenslanders head to the polls, provided NSW has no mystery cases of COVID-19 in the preceding 28 days.

The announcement follows months of tension between Ms Palaszczuk and NSW Premier Gladys Berejiklian over the issue.

Ms Berejiklian told reporters she was frustrated to learn the announcement was just a reiteration of their existing policy.

“It is frustrating for me that WA and Queensland keep lumping us in with Victoria,” she said.