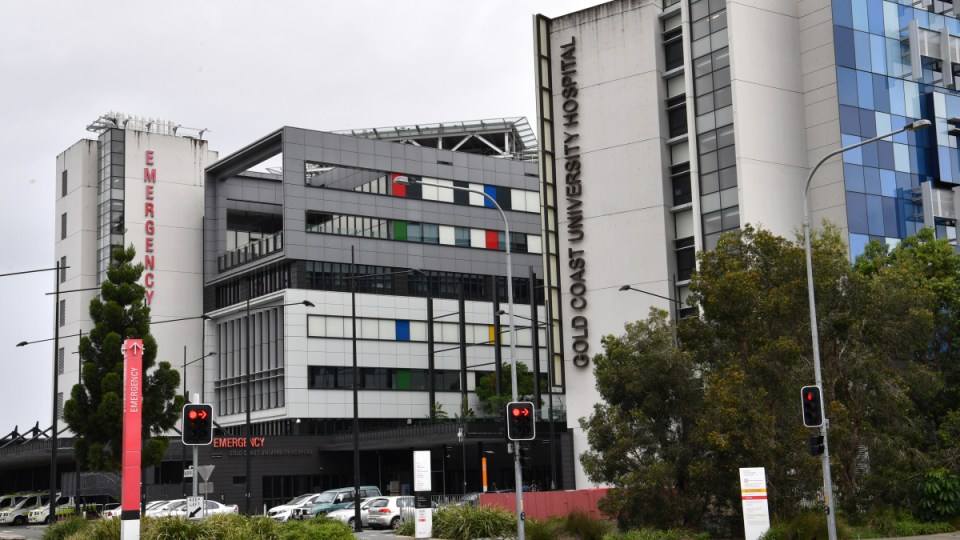 Police say there was a "minor disturbance" at the Gold Coast University hospital, where the man is being treated. Photo: AAP

A unborn twin baby has died after the Queensland-NSW border closure prevented her mother from having emergency surgery in time.

The Ballina woman wasn’t initially granted an exemption to cross the border for surgery at the Gold Coast University Hospital 125km away and instead had to wait for 16 hours in Lismore for a flight to Sydney.

The woman’s father Allan Watt says one of the twins became anaemic during surgery at Royal Prince Alfred Hospital in Sydney.

“She was the healthy bub and unfortunately she was the one who passed away yesterday,” he sobbed on the phone to 4BC radio.

Mr Watt hasn’t spoken with his daughter or her husband, but his wife is staying with the couple, who have had to rent an apartment in across the road from the hospital.

“It’s busted our family apart, I’m up here, her sisters and brothers are in Queensland and they’re in Sydney,” he said.

Mr Watt said the family were very upset about his daughter being denied an exemption.

Queensland Chief Officer Dr Jeannette Young said on Thursday that the NSW woman’s exemption had been approved as soon as her application had been made.

“My heart bleeds for the family and everything they have been put through,” she said in a statement.