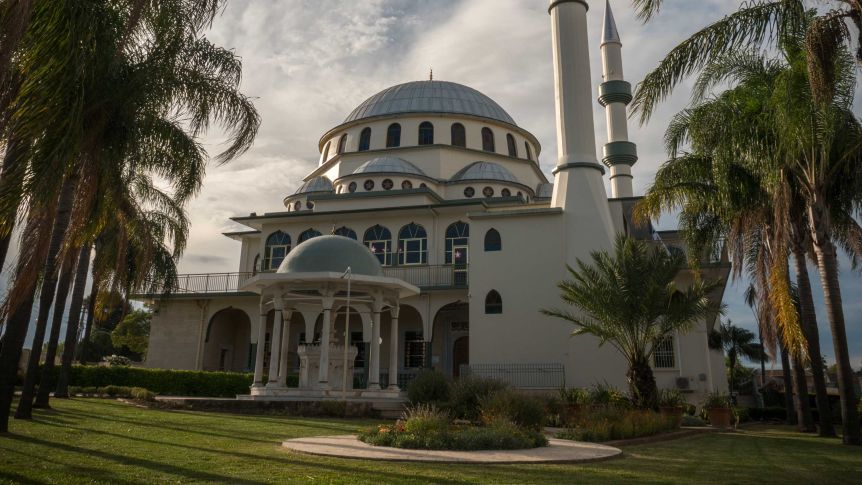 The NSW Health Minister granted an exemption to the mosque. Photo: Dayvis Heyne

Scott Morrison has sounded a coronavirus warning to churchgoers and those celebrating the Islamic holiday Eid al-Adha.

The Prime Minister, who is a devout Christian, said he and wife Jenny had not been to church in months.

“I know faith is very important to people, but even at times like this, it’s even more important that we don’t gather in those large groups,” he told 2GB radio on Friday.

“As important as faith is, that we really do think of the health issues here.

“I just want to encourage everyone to make positive decisions when it comes to how they choose to celebrate their faith over this important time for that (Islamic) community.”

Up to 400 people were allowed inside the Auburn Gallipoli Mosque in Sydney’s west under the one-off exemption, granted by NSW Health Minister Brad Hazzard.

Under NSW coronavirus restrictions, places of worship are limited to 100 people, or one visitor per four square metres.

The mosque’s president Abdurrahman Asaroglu said those attending the annual festival of Eid al-Adha, also known as the festival of sacrifice, would be subject to temperature checks, sign-in sheets, and it would be mandatory to wear a mask.

Worshippers at the mosque will be expected to bring their own prayer mats and abide by social distancing rules while praying.

Dr Asaroglu said attendees would be spread out across “four zones” including the two levels of the mosque, an adjoining function hall and carpark.

“Our community is really understanding and they are OK to follow these measures — no shaking hands, no hugging — making sure that they just pray,” he said.

“If everyone does the right thing I don’t think there will be any issues.”

Meanwhile, four more Sydney venues have been shut down for deep cleaning and contact tracing after being linked to coronavirus infections.

Sydney travellers are rushing to cross the border into Queensland before they are locked out.

The Prime Minister praised the NSW government for their swift response to new cases.

Unlike Victoria, there are no active cases in NSW with an unknown source.

“But that can change,” Mr Morrison said.

The Prime Minister acknowledged authorities were not yet on top of coronavirus outbreaks in Victorian nursing homes, describing the situation as overwhelming.

He and Victorian Premier Daniel Andrews spoke at length overnight to discuss the possibility of harsher lockdowns.

“I certainly expect restrictions will be further tightened to ensure we ring-fence the areas of outbreak,” he told Sky News.