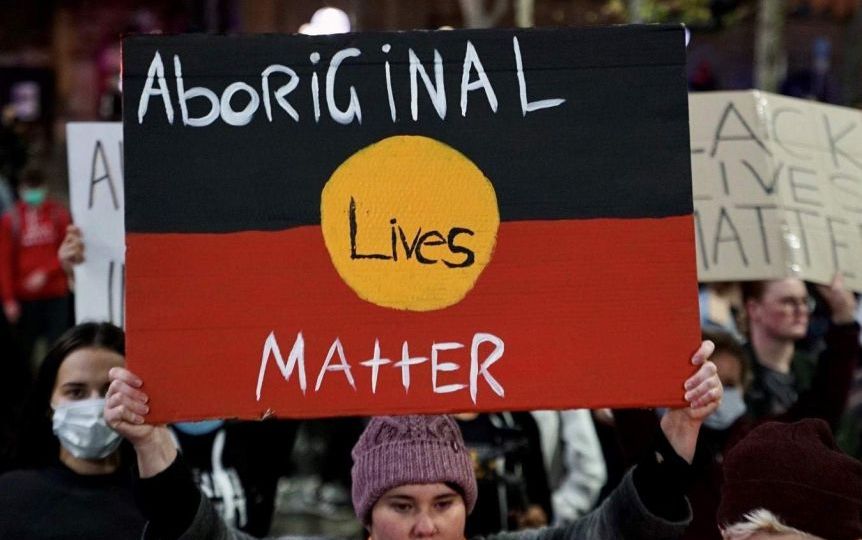 A protester at a Black Lives Matter march in Sydney in June. Photo: ABC News

A Black Lives Matter demonstration is planned for next Tuesday, despite NSW coronavirus health orders banning large groups of people.

NSW Police Commissioner Mick Fuller has urged the public not to join the rally ahead of legal action to block it in the NSW Supreme Court.

The hearing will take place on Thursday afternoon.

Mr Morrison said people should listen to state government advice warning against protests, given their potential to spark a coronavirus outbreak.

More than 4000 people have registered their interest in attending the rally, which aims to highlight the issue of Indigenous deaths in custody.

The march follows rallies held across Australia – and globally – in early June, in defiance of coronavirus restrictions at the time.

Organisers of Tuesday’s Sydney march insist that everyone who attends will be encouraged to exercise physical distancing, wear masks and use hand sanitiser.

“Irrespective of the issue, we need to follow the health advice – large crowds are a huge concern,” Ms Berejiklian told ABC TV on Wednesday.

“We cannot allow that march to continue, unfortunately.

“If people feel strongly about that issue, they’re welcome to express their views in different ways, but it’s just not sensible at this time to expose yourself and others to the spread of the virus.”