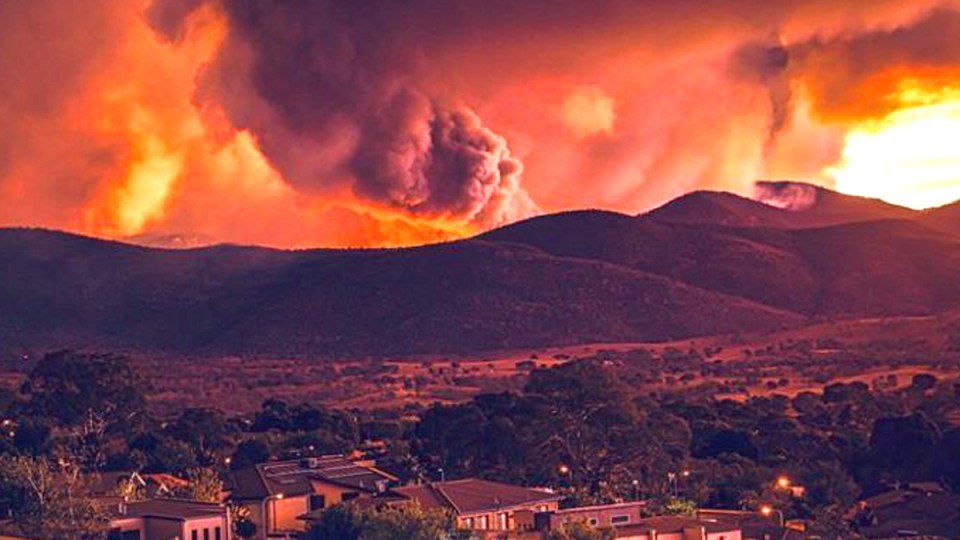 It took more than two months of blood, sweat and tears to defeat the Shoalhaven inferno. Photo: ABC

Locals on the NSW south coast are applauding the efforts of emergency services following the news that the massive Currowan Fire has been extinguished after burning for more than 70 days.

“As of 8pm tonight, the Currowan Fire burning in the Shoalhaven has been set to out,” NSW Rural Fire Service announced on Facebook on Saturday night.

The blaze burnt for 74 days and across 499,621 hectares, spanning right across the region and spreading to neighbouring councils including Eurobodalla, Wingecarribee and Queanbeyan Palerang.

A total of 312 homes were destroyed and 173 were damaged.

Locals expressed their thanks to those involved in battling the blaze.

Almost a dozen fire trucks took a lap of honour at the Nowra Showground on Saturday night.

“Crews from (NSW RFS) and (Fire and Rescue NSW) were asked to close off the 2020 Nowra Show last night. Thank you to everyone who came out,” the station brigade posted on Facebook.

Footage posted to the Shoalhaven RFS Facebook page shows crews tooting their horns and blaring their siren to applause from the crowd.

“We want to thank all emergency services and for their hard work and putting their lives on the line to help our community.”

It comes as Emergency Services Minister David Elliott and RFS Commissioner Shane Fitzsimmons were expected to farewell Canadian and American firefighters who helped battle the NSW bushfires. A farewell event was planned on Sunday morning at the Novotel Sydney Airport.

A memorial service was held for the men at the Richmond RAAF base on January 30 before their bodies were flown home.

A total of 39 fires are still burning across NSW on Sunday.

“Good rainfall is being recorded in parts of the state, with a hope it continues to drop where needed most,” the RFS posted on Twitter on Friday.