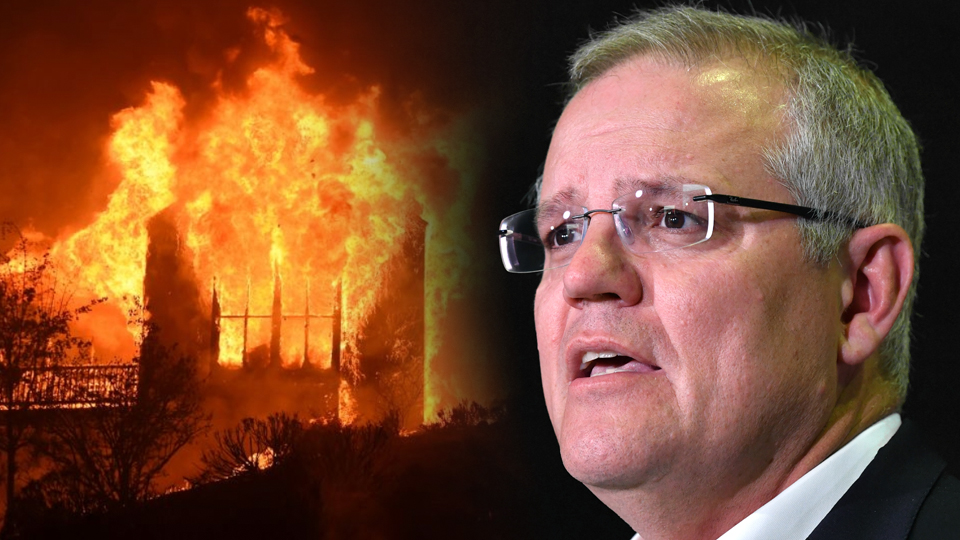 Volunteers in NSW will be up for payments of as much as $6000. Photo: Getty

Volunteer firefighters in New South Wales will be able to apply for up to $6,000 in compensation from the Federal Government, Prime Minister Scott Morrison has announced.

But Opposition Leader Anthony Albanese said volunteer firefighters from all states should be able to access financial compensation for their efforts, not just those from New South Wales.

Mr Morrison said the money would be made available to NSW Rural Fire Service (RFS) volunteers who are self-employed or working for small or medium-sized businesses and who had been called out for more than 10 days this fire season.

“While I know RFS volunteers don’t seek payment for their service, I don’t want to see volunteers or their families unable to pay bills or struggle financially as a result of the selfless contribution they are making,” Mr Morrison said in a statement.

“This is not about paying volunteers. It is about sustaining our volunteer efforts by protecting them from financial loss.”
Mr Morrison said other states and territories could request a similar scheme based on their level of need.

“What about the South Australians and Victorians who’ve given up more than 10 days travelling across at their own expense into New South Wales to fight fires, travelling to Queensland?” he said.

“This has been an issue that was raised with me across the country.”

South Australian volunteers to be paid

Volunteer firefighters in South Australia will receive the same financial support as their NSW counterparts, the state government has confirmed.

SA Emergency Services Minister Corey Wingard said arrangements would be made for SA fire crews to get the same payments.

“We very much know and understand that the fires in NSW have been going for a lot longer,” he said.

“But our volunteers here have been doing an outstanding job … so to have the same arrangements is a big positive for South Australia.”

“We’d encourage the [Queensland] Government to get on to the Federal Government ASAP and also get on to the volunteer representative organisations in Queensland and say, ‘How are we going to make this work for the benefit of the people who defend the state for free’,” he said.

The Government has come under increasing pressure, including from within its own ranks, to compensate volunteers as devastating bushfires continue to burn.

Mr Morrison has previously said he had not received any requests from fire chiefs for volunteers to be paid but last week announced those who were also Commonwealth employees would receive an additional four weeks’ leave to fight the fires.

“This announcement provides employees of small and medium-sized businesses and self-employed volunteers with the same level of support,” Mr Morrison said.

“We expect larger companies to provide their employees with 20 days of emergency services leave.”

The Federal Government payments will be administered by New South Wales and are expected to be made available before the end of January.

He said some members spent their own money on expenses, including petrol spent driving to fire fronts and crowd funding for smoke masks.

“This payment is no different to any other worker making an out-of-pocket-expense claim for their employment,” Mr Holton said.

“It’s a step in the right direction — people will be rejoicing.”

But he conceded there was concern compensation may attract the wrong types of volunteers.

“Sometimes when we have major fires we get people coming out of the woodwork. Many have skills and are worthwhile participants. Others maybe not so.”