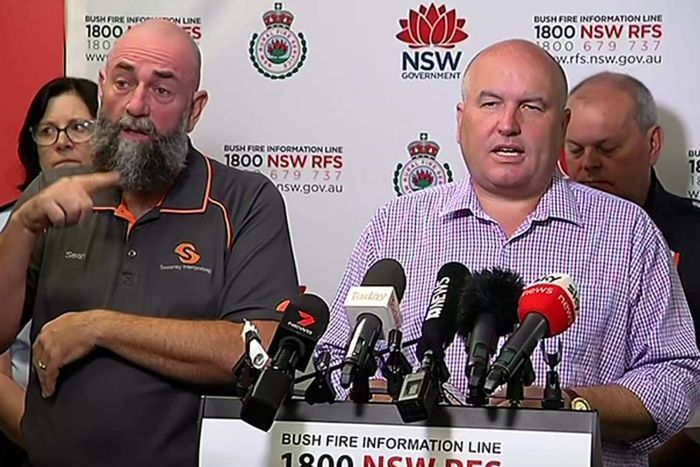 NSW Emergency Services Minister David Elliot will be travelling to Europe as bushfires and heatwaves ravage his state. Photo: ABC

A week after the furore over Scott Morrison’s Hawaiian holiday, NSW Emergency Services Minister David Elliott is leaving the country for a trip to the UK and France.

Mr Elliott’s office said the Minister would not cancel his trip to Europe, despite the ongoing bushfire crisis.

His office would not disclose how long he would be out of the country, but his responsibilities would be given to NSW Prisons Minister Anthony Roberts in the interim.

“Bushfire-affected communities and firefighters are always at the front of my mind during this difficult time in NSW,” Mr Elliott said.

“I will continue to receive two briefings each day from the RFS [Rural Fire Service] Commissioner.

“If the bushfire situation should demand it, I will return home.”

RFS Commissioner Shane Fitzsimmons said he did not expect Mr Elliott’s trip to have any impact on operations.

“I’ll be maintaining contact with Minister Elliott while he’s away and I will be maintaining a very close relationship with the acting Minister, Anthony Roberts, and [it] won’t stop our work here in NSW with the firefighting effort,” he said.

Mr Fitzsimmons said cooler conditions this week had offered a window of opportunity to establish and consolidate containment lines and carry out tactical backburning.

The fires of greatest concern remained the Gospers Mountain fire, north-west of Sydney which, had burnt through more than 500,000 hectares, the Green Wattle Creek fire in the Southern Highlands and the Currowan fire further south between Nowra and Batemans Bay.

With the warmer temperatures returning tomorrow through until Tuesday, firefighters would again be facing a challenging environment.

“We’re not expecting the catastrophic conditions like we’ve seen in the last few weeks and few months,” Mr Fitzsimmons said.

“But it’s certainly going to be another tough period, with temperatures up into the 40s, very dry air, very low humidity and the winds turning back around from the west and the north-west,” Mr Fitzsimmons said.

Mr Elliott’s departure comes after the Prime Minister controversially took his family to Hawaii despite the national bushfire crisis.

He was forced to cut his trip short by two days and had since been touring several bushfire-affected communities.

Mr Morrison’s office had initially kept his travels a secret, but the Prime Minister said he “deeply regrets” any offence caused and apologised for what he described as “great anxiety” caused by his absence.

Bushfire conditions around the state eased on Friday, with 69 advice-level blazes burning in NSW — 31 are not yet contained but there were still more than 1,000 firefighters on the ground.