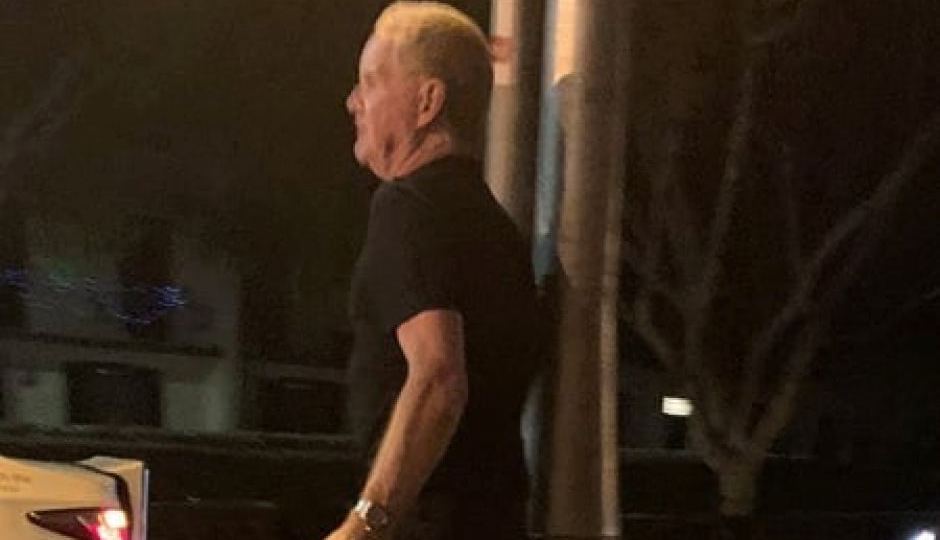 Police released this image of a man wanted for questioning over the attack. Photo: ABC

Police are looking for a man who kicked a dog in its face, knocking out its front row of teeth, after an argument with the dog’s owner in Sydney on Tuesday night.

The incident happened in The Rocks, when a woman was walking her two dogs, called Sootie and Timmy, about 10pm.

She had stopped with her pets to rest on a bench on the corner of Argyle and Kent streets when a man walking another dog approached.

The man’s dog became aggravated by Sootie and Timmy, and began growling and barking at the pair.

“Sootie growled back and the man intervened, kicking the dog in the face,” NSW Police said in a statement on Wednesday.

“Following a verbal confrontation, the man grabbed the woman’s phone and threw it on the ground, stomping on it before walking away.”

Police have released an image of the suspect and are appealing for anyone who recognises him to come forward.

Police describe him as a white male in his 60s, with greying hair and about 170 centimetres tall.

Any witnesses, or anyone who might know the man’s identity, is urged to urged to contact Crime Stoppers on 1800 333 000.

Manhunt underway after Sootie the dog has front teeth kicked out