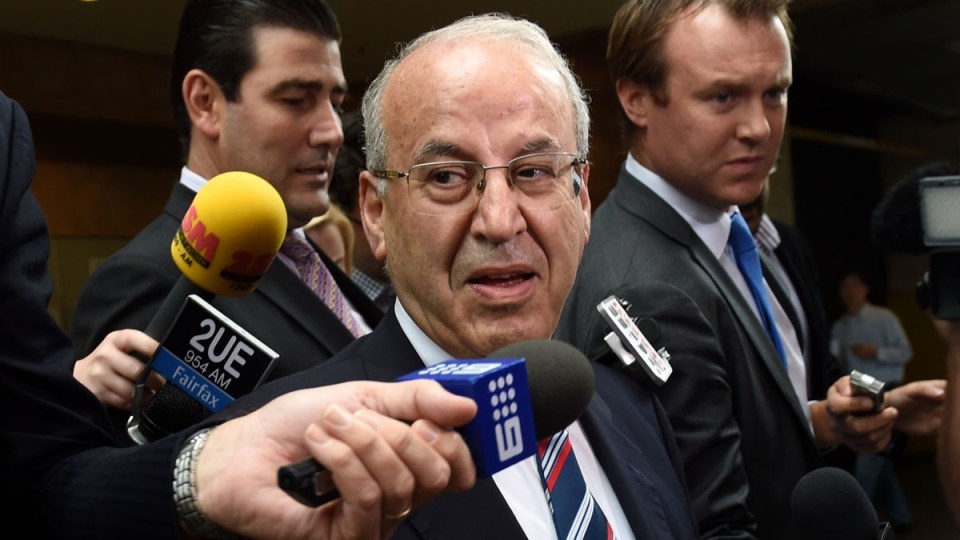 The decision means Obeid, 76, could be released from prison as early as December 14.

He was in 2016 convicted of misconduct in public office and jailed for five years, with a minimum non-parole period of three years.

Obeid’s conviction came after he failed to disclose his family’s business interests in cafe leases at Sydney’s Circular Quay.

Obeid was also lobbying a senior bureaucrat about the rights of waterfront retailers in 2007 when he was a member of the NSW Upper House.

He was Minister for Fisheries and the Minister for Mineral Resources before retiring in early 2011 due to family reasons.

Prosecutors decided to act following a 2014 investigation by the Independent Commission Against Corruption (ICAC) into Obeid’s secret stake in cafes through his brother-in-law.

The ICAC found Obeid acted corruptly and “misused his position as an MP” by encouraging the leases not be put to competitive tender.

In a statement, the SPA said Obeid had “demonstrated satisfactory prison performance”.

The SPA also took into account Obeid’s age and the fact it was his first incarceration.

Obeid’s parole conditions stipulate he must not “engage in any activity paid or unpaid involving the control of money or assets of other people or organisations”.

He is also required to alert a community corrections officer if he changes his address, contact details or employment during his parole.

Obeid is not permitted to leave the state or country without permission from the authorities.