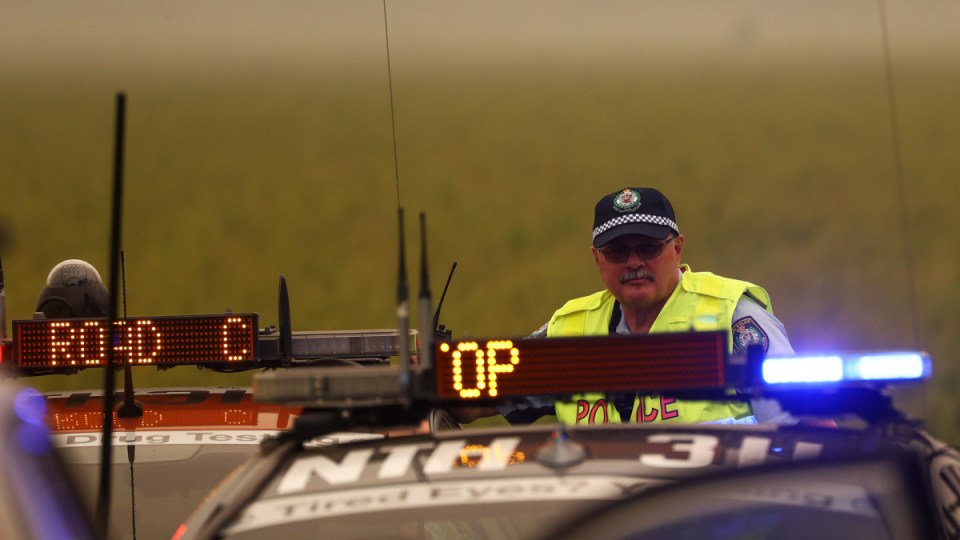 A bushfire has reportedly destroyed two homes and damaged two others at Geraldton in Western Australia’s Mid West region on Wednesday.

Mayor Shane Van Styn said he had been told about property loss at Utakarra, but it was yet to be confirmed.

Strong, hot winds would drive a separate blaze towards coastal Drummond Cove, north of Geraldton, if it was not contained, Mr Van Styn said.

An emergency warning remains in place for Drummond Cove, neighbouring Glenfield and Utakarra.

Two houses reportedly lost and another two damaged in a fire at Utakarra in Geraldton. Two fires are burning in Geraldton – one at Utakarra and one in Glenfield, both are threatening lives and homes. pic.twitter.com/8mZnhvymxK

At 6.25pm on Wednesday, NSW Police said in a statement 75 active fires were burning throughout the state.

“At 6pm one fire is at emergency warning level and 14 at watch-and-act level. Whilst conditions have eased today we expect a return to warmer fire conditions towards the end of the week and mid next week,” the statement read.

“We urge residents to keep up to date on fire activity in their area.”

People are urged to monitor fires at rfs.nsw.gov.au/fire-information/major-fire-updates, contact the Bush Fire Information Line on 1800 679 737or download the ‘Fires Near Me’ app.

“If you are threatened by fire, you need to take action to protect yourself. Do not be caught in the open.”

Millions of NSW residents are breathing a sigh of relief after a day of catastrophic fire danger passed without loss of life, but authorities are warning that strengthening winds mean properties are still at risk.

The Rural Fire Service has confirmed at least 50 homes were damaged or destroyed on Tuesday, but there were no fatalities on a day when millions faced catastrophic conditions in the Sydney, Hunter and Illawarra-Shoalhaven regions.

“As the winds warm up, there is a likelihood the fires will move once again and threaten properties. We’ve still got a long day ahead.”

This video of the southern edge of the Rumba Dump fire gives you a sense of the scale of the fires our crews have been dealing with. Although conditions have eased today, the fire is at Watch and Act level. Residents in the area should monitor conditions. #nswrfs #nswfires pic.twitter.com/LQcAhhB6sW

Smoke has blanketed Taree on the NSW mid-north coast as major bushfires continue to burn and residents at the packed evacuation centres wait anxiously for news on their homes.

The Hillville Road fire south of Taree, which has burnt through more than 22,000 hectares, briefly flared to emergency level again on Wednesday afternoon as winds pushed the fire towards Burrell Creek and Bo Bo Creek.

It has since dropped back to a “watch and act” alert.

At a staging point outside the Burrell Creek RFS headquarters, captain Greg Walker was warily watching the flames.

He’s been fighting the fire on and off for almost a week.

In his time off-shift he’s been at home preparing his house in case it comes in the path of the fire.

“I always thought I’d defend my home, but I’ve seen what this fire is doing,” he said.

“I’d be out of here, my kids need me … a defendable home isn’t really defendable at the moment.”

An emergency warning had been issued for the fire on Tuesday, with residents of Taree and surrounding towns spending the night waiting to see whether southerly winds pushed the fire closer to their homes.

As they waited, the fire sent blackened leaves floating onto the street.

Both the Taree and nearby Wingham showgrounds are at full evacuee capacity, while families are setting up makeshift camps at an evacuation centre at Club Taree, with cars parked up to the gates.

NSW Police are combing through hundreds of reports on several bushfires that are deemed suspicious.

Two men have been charged with possessing RFS equipment, with one reportedly seen in the Royal National Park dressed as a firefighter.

“We’re going to do everything in our power to establish whether fires were suspicious, whether they were deliberately lit and we’re going to put people before a court,” NSW Police acting assistant commissioner Stuart Smith told reporters in Parramatta.

He said there are “several” fires from Lake Illawarra to Oxley for which police are working to determine the cause.

Authorities are also looking into several suspicious fires in Sydney’s South Turramurra, at Loftus in the Royal National Park, at Katoomba in the Blue Mountains, at Wollongong’s Berkeley and at Moonbi near Tamworth.

Mr Smith said police had spoken to a number of individuals in relation to fires and praised the “fantastic” work by members of the community who had come forward with information.

He said it was “an extremely irresponsible act by any individual to light a fire yesterday” as parts of the state faced “catastrophic” conditions.

NSW Emergency Services Minister David Elliott said people “must have arrived from Mars in a bubble” to not know about total fire bans in the state after nine alleged breaches.

A 19-year-old man was arrested at Loftus on Tuesday night, following reports a man dressed as a firefighter was seen riding a scooter in the Royal National Park.

He was charged with impersonating an emergency services officer and having goods in custody suspected of being stolen.

He is due to appear in court in December.

A 36-year-old man was charged after RFS-branded equipment was allegedly found at a Koonorigan property.

He was due to appear in court on Wednesday.

Meanwhile eight men allegedly breached NSW’s total fire ban this week, while a nine-year-old boy admitted to lighting a fire with a blowtorch.

NSW Police allege the first incident saw a 27-year-old man light a campfire at Wallacia in Sydney’s west on Monday and he was fined $2200.

A 35-year-old Prestons man also allegedly burned fence palings in a cylindrical barbecue, causing a fire, while a third man allegedly lit a coal barbecue at a Lalor Park home in Sydney’s west on Tuesday.

An additional five men were on Wednesday found to have breached the ban by lighting barbecues and incinerating rubbish.

One man allegedly resisted arrest when he was found lighting candles at a Campbelltown campsite.

The nine-year-old, due to his age, was warned under the Young Offenders Act after a grass fire broke out in Nowra on Tuesday.

Police said the boy, in a group of other children, admitted to lighting the fire with a blowtorch.

The statewide fire ban means people cannot light, maintain or use a fire in the open, or carry out any activity in the open that causes, or is likely to cause, a fire.

During yesterday's dangerous fire weather conditions, there were 19 fires which reached Emergency Warning level. At the peak, 16 at the same time. This morning all fires are at Advice or Watch and Act. #nswrfs #nswfires pic.twitter.com/EYCOxefekq

At one point, 16 fires were simultaneously at “emergency” level, just shy of the record of 17 set on Friday.

Since then more than 300 homes have been severely damaged or destroyed. Three people have died.

“Building impact assessment teams will be getting out, in and around these fire grounds, in these burnt-out areas, when it is safe to do so, trying to take stock of exactly what has been lost, where it’s been lost,” Mr Fitzsimmons told reporters on Wednesday.

MidCoast Council mayor David West says the devastated residents he’s spoken to are planning to rebuild after the fires.

“I’ve not had one person say, ‘I’ve had enough’,” he said on Wednesday.

“Everyone says they’ll rebuild and start again. They’ll be stronger than ever – I can see it in their faces.”

NSW remains in a week-long state of emergency with some 3000 firefighters on hand to battle the 70-odd blazes still burning.

Forty of the fires are yet to be contained with more than a dozen at “watch and act” alert level.

New England is one notch higher at “severe”.

Heavy smoke on Tuesday morning served as an “insulation blanket” dampening the strong winds which authorities feared would create carnage.

The Insurance Council of Australia on Wednesday afternoon said insurers had received 450 claim applications from catastrophe-hit areas, with initial losses including 80 properties and totalling $50 million.

Mr Fitzsimmons said that would be followed by another burst of hot air next week meaning crews “simply aren’t going to get the upper hand on all of these fires”.

The armed forces are standing by to provide support including for search-and-rescue operations and other logistical duties.