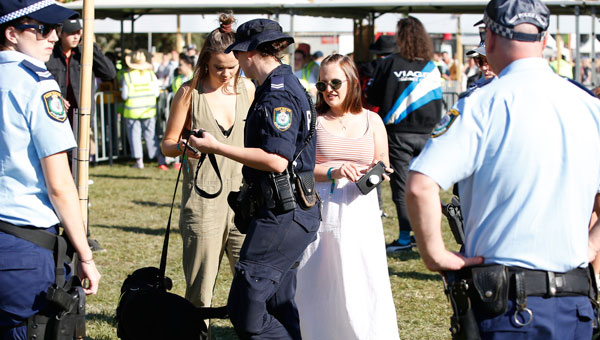 The coroner said the case for pill testing was 'compelling'. Photo: ABC

A coroner has recommended pill testing be conducted at NSW festivals, as well as the decriminalisation of personal drug use and the scrapping of sniffer dogs.

Ms Grahame made a total of 28 recommendations, including eight to NSW premier Gladys Berejiklian, four to NSW Police, nine to NSW Health and the rest to government departments and event organisers.

“I am in no doubt whatsoever that there is sufficient evidence to support a drug checking trial in NSW,” she told the NSW Coroners Court.

“In my view, the evidence is compelling.”

Ms Grahame said pill testing was an evidence-based harm reduction strategy that should be trialled “as soon as possible in NSW”.

She said high-visibility and punitive policing operations at festivals – including drug detection dogs – had “inherent dangers and few if any benefits”, and should be scrapped.

The court heard the use of strip searches should be limited to circumstances where there is a “reasonable suspicion”.

Ms Grahame said the NSW government should give “full and genuine consideration” to “decriminalising personal use of drugs, as a mechanism to reduce the harm caused by drug use”.

The NSW Government has reiterated its opposition to pill testing trials after the coroner’s draft recommendations were leaked last month.

The inquest examined the deaths of Joshua Tam, Nathan Tran, Alex Ross-King, Diana Nguyen, Joseph Pham and Callum Brosnan, who were all aged under 24 when they died at or shortly after leaving NSW music festivals in the 13 months to January 2019.

Each had consumed multiple MDMA capsules during or shortly before the festival.

Ms Grahame called on Ms Berejiklian’s government to look at drug problems at festivals with “fresh eyes” and examine evidence-based solutions before delivering dozens of recommendations.

The evidence before the inquest “clearly indicated” much can be done to prevent MDMA deaths, she said.

“However the evidence draws into clear focus the need for the NSW government to look with fresh eyes at the potential dangers associated with drug use at music festivals.”