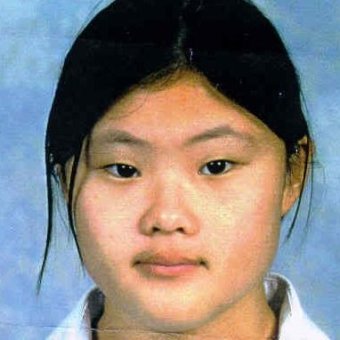 Quanne Diec was 12 when she disappeared on the way to school. Photo: NSW Police

The family of Sydney schoolgirl Quanne Diec, who vanished as she walked to school, say they can’t understand how a jury found Vinzent Tarantino not guilty of her murder when he had earlier confessed to the crime.

Mr Tarantino, 52, on Wednesday was acquitted by a NSW Supreme Court jury of killing 12-year-old Quanne in 1998 despite his 2016 confession.

Quanne disappeared in July 1998 after leaving her Granville home to walk to the train station on her way to school. Her body has never been found.

The schoolgirl’s cousin, Christine Woo, broke down in tears as she delivered a family statement while standing alongside Quanne’s parents.

“It is difficult for us to understand how the jury has come to this decision,” she told reporters in Sydney.

“Today’s result was not what we were hoping for. We are still trying to process the words ‘not guilty’. We wanted justice for Quanne and we haven’t got that.”

Mr Tarantino, a former nightclub bouncer, walked into a Sydney police station in 2016 and confessed to abducting and killing Quanne before leading officers into bushland in an attempt to find her body.

He told officers he kidnapped her for ransom then panicked and strangled her 15 minutes later before burying her body south of Sydney.

But at his murder trial, Mr Tarantino told the jury his confession to police was made falsely after he’d spent almost two decades on the run from bikies. He suggested he wanted to be locked up to be protected.

The jury delivered its not guilty verdict after a seven-week trial and more than a week of deliberations.

Mr Tarantino repeatedly nodded at the jury and bowed at them after their verdict was declared.