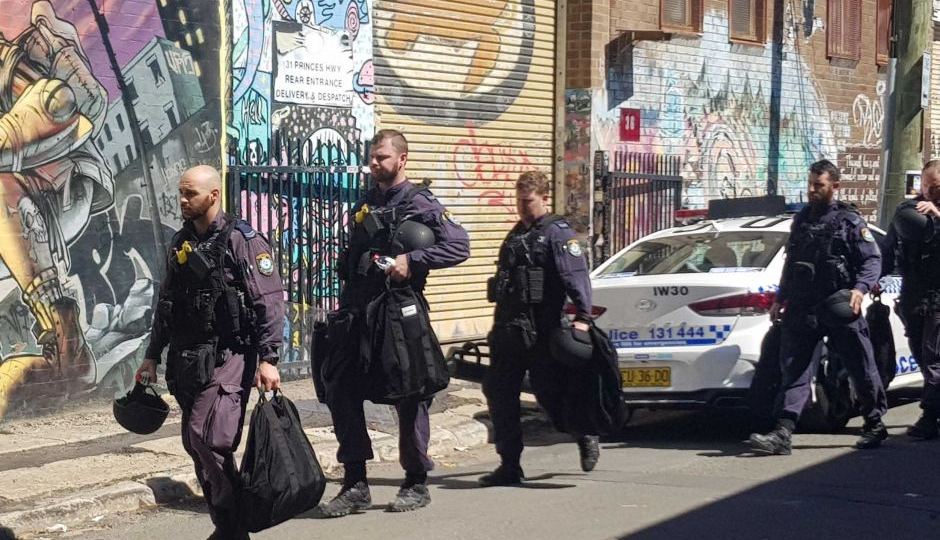 A manhunt is underway after a stabbing at a construction site in Sydney’s inner west left one man dead and another fighting for life.

People are searching for a third man who fled the scene on Wednesday afternoon, NSW Police say.

Emergency services were called to the construction site on the Princes Highway in St Peters about 1pm.

Despite the efforts of paramedics, one of the men died at the scene. The other man was taken to Royal Prince Alfred Hospital in a critical condition.

Officers were told a third man had fled the construction site. The trio knew each other.

A large-scale search is underway to find the third man who’s described as being Caucasian, 180-centimetres tall and with a shaved head.

He was wearing a high-vis yellow shirt and long blue work pants.

Police have warned the public not to approach the man if they see him but to instead call triple zero.

Police are urging the public to stay away from the area near the intersection of Short Street and the Princes Highway.

St Peters: There are reports of a stabbing at a construction site on Applebee Street. https://t.co/TWh1KQycs4 #StPeters #7NEWShttps://t.co/F0yGV6PvVz

Video from the scene, posted to Twitter, shows a number of men in hi-vis clothing standing in an area roped off by crime-scene tape.

Around 3pm a distressed woman was seen running up toward the construction site, asking: “Is he dead?”

She was then taken out-of-sight by police where she could be heard crying and wailing.

NSW Police have advised the public to call triple-0 if they see the suspect but to not approach him.

Manhunt underway after construction site leaves on dead, another critical