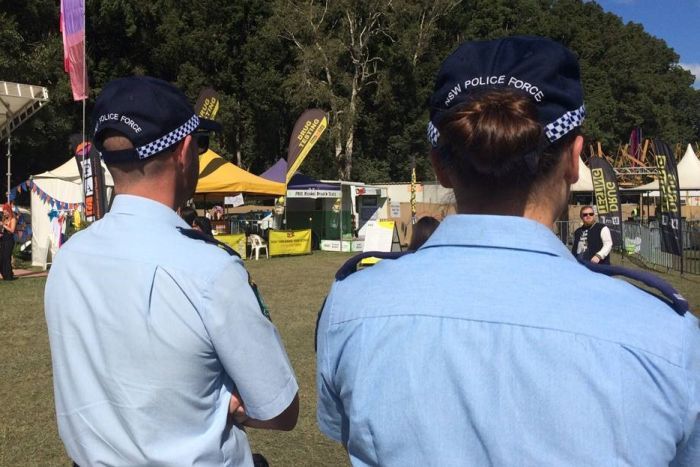 NSW Police came under scrutiny at a recent inquiry into the strip search of a teenaged girl. Photo: ABC News

New South Wales Police Minister David Elliott says he “would want” officers to strip-search his children, after new data revealed 122 underage girls had been subjected to the practice since 2016.

The numbers, obtained under freedom of information laws, showed two of the 122 children were just 12 years old and eight were 13 years old.

Mr Elliott today defended NSW Police’s ability to strip-search children, which has been put under the microscope in NSW this year.

Last month, the Law Enforcement Conduct Commission (LECC) held an inquiry into the strip-search of a 16-year-old girl at a music festival.

While giving evidence at the inquiry, the officer who conducted the search conceded it was likely unlawful.

“I’ve got young children and if I thought the police felt they were at risk of doing something wrong, I’d want them strip-searched,” Mr Elliott said today.

“Having been Minister for Juvenile Justice, we have 10-year-olds involved in terrorism activity.”

In regular circumstances, police can strip-search children between the ages of 10 and 18 in NSW only while a parent, guardian or support person present.

However, if police believe evidence may be at risk of being destroyed and the circumstances are “urgent”, they can search the child while a parent or guardian is not there.

The new data was sourced by the Redfern Legal Centre (RLC).

RLC’s head of police accountability, Samantha Lee, said the laws should be changed to prohibit the use of strip searches on children unless a court order had been obtained.

“We don’t know the circumstances of these particular cases, they are just raw data,” she said.

“But certainly they do highlight some major concerns in terms of the law and the fact that the law needs to change to protect all children from strip searches.”

Mr Elliott acknowledged the searches are not always appropriately used.

“Of course they haven’t always been used according to the standard operating procedures and anybody who feels that has been done erroneously has got some reply to that,” he said.

NSW Attorney-General Mark Speakman defended the use of strip searches but acknowledged the policy was being reviewed.

“Strip searches are an important investigative tool but obviously we have to get the balance right, they need to be used only where appropriate,” he said.

“They can be invasive, they can be stressful, that’s why we have the Law Enforcement Conduct Commission doing a general review of strip searches and operations in NSW and I look forward to its report.”